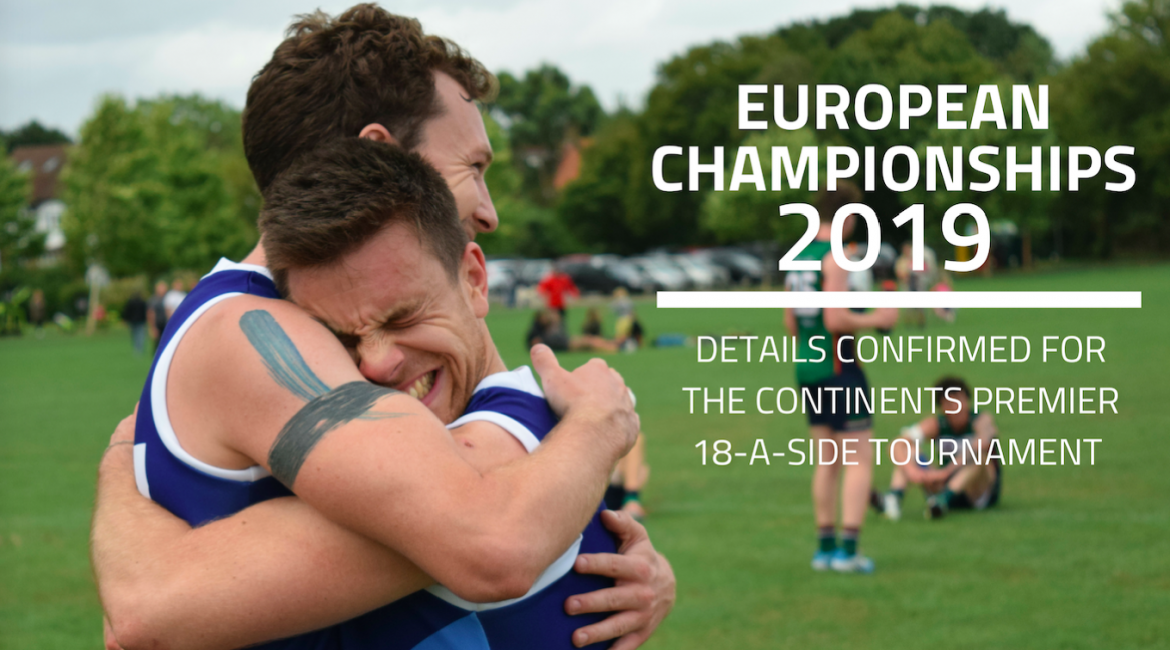 Great Britain Bulldogs and Swans Looking to Retain Both Titles

AFL Europe have announced that for the second time in a row, the AFL Europe Championship, Europe’s premier Australian rules football event, is to take place in London in October 2019. The event will be hosted by the Wimbledon Hawks Football Club, in conjunction with AFL Europe.

AFL England president Jason Hill says that he was delighted that London was once again named as host of the Europe Championships in 2019.

“The Europe Championship in 2016 was a great success for our Great Britain Men’s and Women’s sides,” said Hill. “We are looking forward to welcoming our European counterparts to England in preparation for IC2020 down under.

“On the back of a very successful international period for England and Britain we look forward to building on that success by delivering a great tournament for Europe!”

Meanwhile, GB Bulldogs Head Coach Dean Thomas says the event will be a “fantastic advertisement” for the sport in Europe.

“As hosts, we are looking to putting on the most inclusive, entertaining and competitive AFL Europe Championship to date. If every eligible nation makes this competition their primary goal for 2019, it will be a fantastic advertisement for the sport in Europe and a keenly contested event.

“For us, it is a rare opportunity to play for their country in a high-level competition in front of family and friends. We expect to have a big number of players pushing for selection and making selection for this event their goal over the next 12 months.”

“We are delighted to be in a position that we can host Europe’s premier AFL tournament again, and look forward to welcoming the European female footballing community to London again next year.

“The growth of women’s football in recent years has been fantastic to see and as such, we hope to see next year’s Europe Championships showcasing the best talent we have to offer as a continent.”

About AFL England
As the governing body for Australian rules football in England, AFL England aims to grow, develop and promote the sport of across the country.