In the first of a series of previews covering all of AFL England’s leagues ahead of the 2019 season, we take a look at the AFL London Men’s Social division, which welcomes two new teams this season with the London Swans and the Portsmouth Pirates competing in an eight-team league.

The Swans finished bottom of the Men’s Conference ladder last season while the Pirates have made the switch to London from the Southern England AFL competition.

Both teams will hope to get off to a winning start to the season with home fixtures against the South East London Giants and Reading Kangaroos respectively. The toughest test for the Pirates is saved for the very last round of the regular season, where they host defending premiers the South London Demons.

Last season the Demons lost only two games all season – against the Lions and Emus – before going on to defeat the Lions 7.5 (47) to 1.4 (10) in the Grand Final for their fourth Men’s Social title in a row. 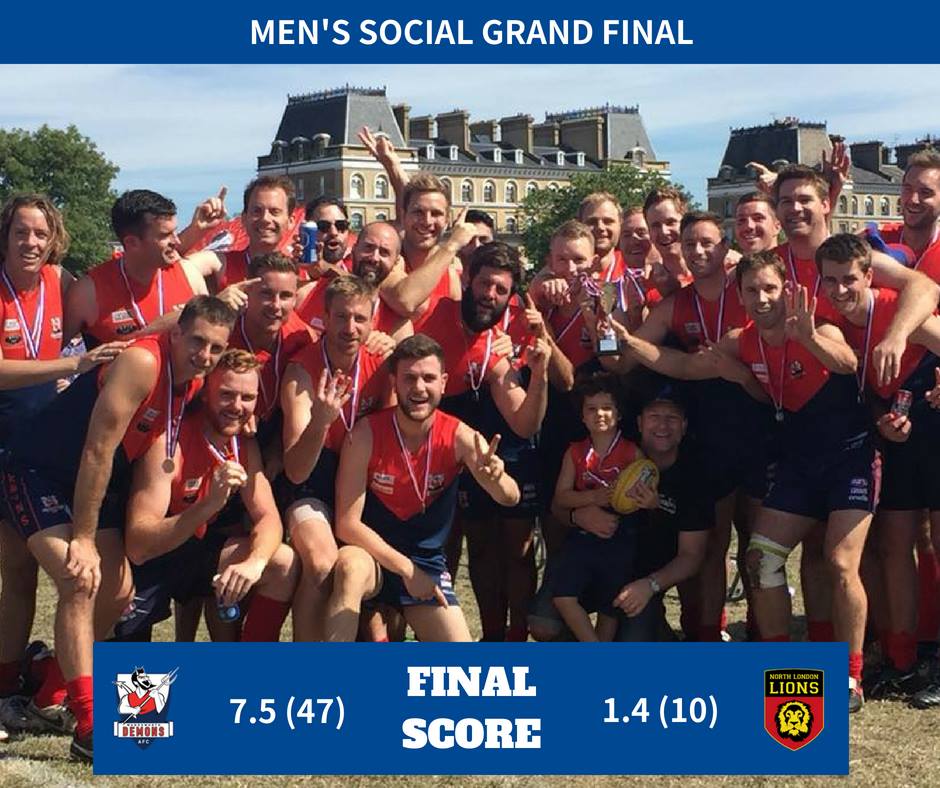 No doubt with aspirations of retaining their crown this time around, the two most important matches of their season come over the first two rounds, playing the Lions at home on May 11th before travelling to the Emus on May 18th.

Last season the Reading Kangaroos finished level on points with the Demons, missing out on a minor premiership on percentage. After facing the Pirates on the opening round of the season, the Kangaroos host the Giants and Swans as they look for their first Social Division crown since 2013.

With new teams and a bigger league, the Wimbledon Hawks and South East London Giants round out the league looking for finals footy after missing out in 2018.