Last year the Dragonslayers bowed out to eventual champions Denmark in the semi-finals, and George Dibble, Michael Sharp, Cameron Cope, Rob Goliah, Adam Morris and Andy Walkden are the only players returning from the 2018 Euro Cup squad.

All but four of the players in the 16-man squad play their football outside of the capital, showcasing the strength of the Central & Northern England league. The Dragonslayers also welcome Sam Walon as the first player from the National University League to be selected for England. Walon has kicked four goals for the undefeated University of Birmingham so far this season. 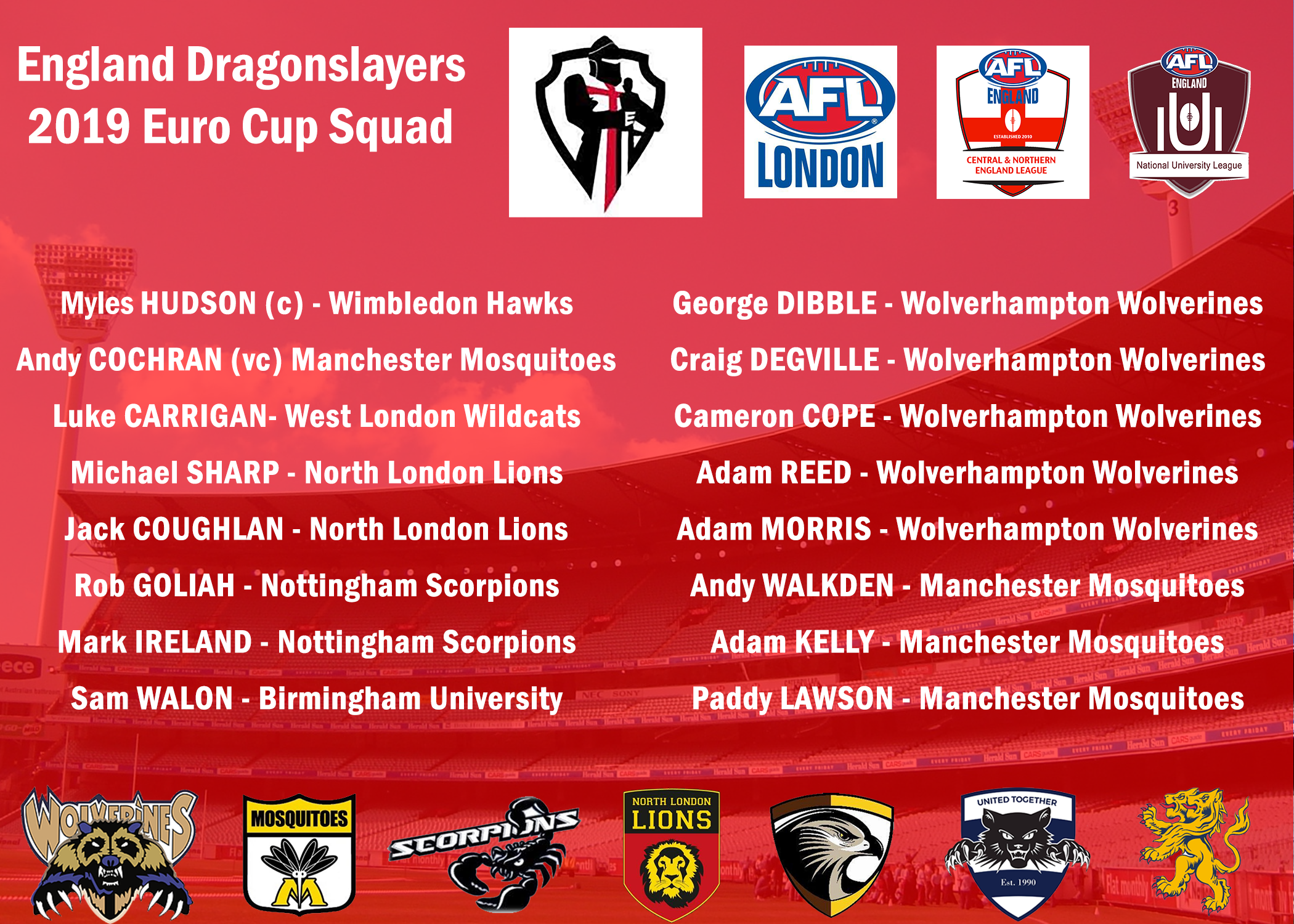 There are six debutants in the squad, including Jack Coughlan (North London Lions), who sits in second place on the list of Great Britain Bulldogs all-time goal kickers along with Luke Carrigan (West London Wildcats) and Adam Kelly (Manchester Mosquitoes).

“We’ve gone early with selecting this side to give these boys plenty of time to prepare,” said Thomas. “We know not everyone in the English footy landscape agrees with this move, but we do know that everyone here will be supporting these players and backing them to get a good result.”

Myles Hudson (Wimbledon Hawks) is the new captain of the England Dragonslayers, having been elected by the players themselves. Hudson then chose Andy Cochran (Manchester Mosquitoes) as his vice-captain.

Head Coach Thomas says that this is an important step in giving the players ownership over the team and the path they wish to take going forward.

“With some experienced players being unavailable for the Sweden trip, it is a fantastic opportunity for this young group to establish themselves. We will keep our options open with regards to emergencies should any of these players become unavailable for any reason between now and the end of June, but we are very comfortable with the 16 named.”