With the start of the 2018 AFL Euro Cup just one sleep away, the European footballing community’s eyes are on Cork. In total, 15 countries will compete for the title of European champions tomorrow at the Cork Institute of Technology, but in order to do so, they’ll have to take it from defending champions England…in both the men’s and women’s divisions!

With the combined England squads having made the trip across the Irish sea, they are preparing for a hard day’s competition tomorrow, starting with the pool stages and hopefully ending up in a repeat of their dual triumphs in Bordeaux twelve months ago. 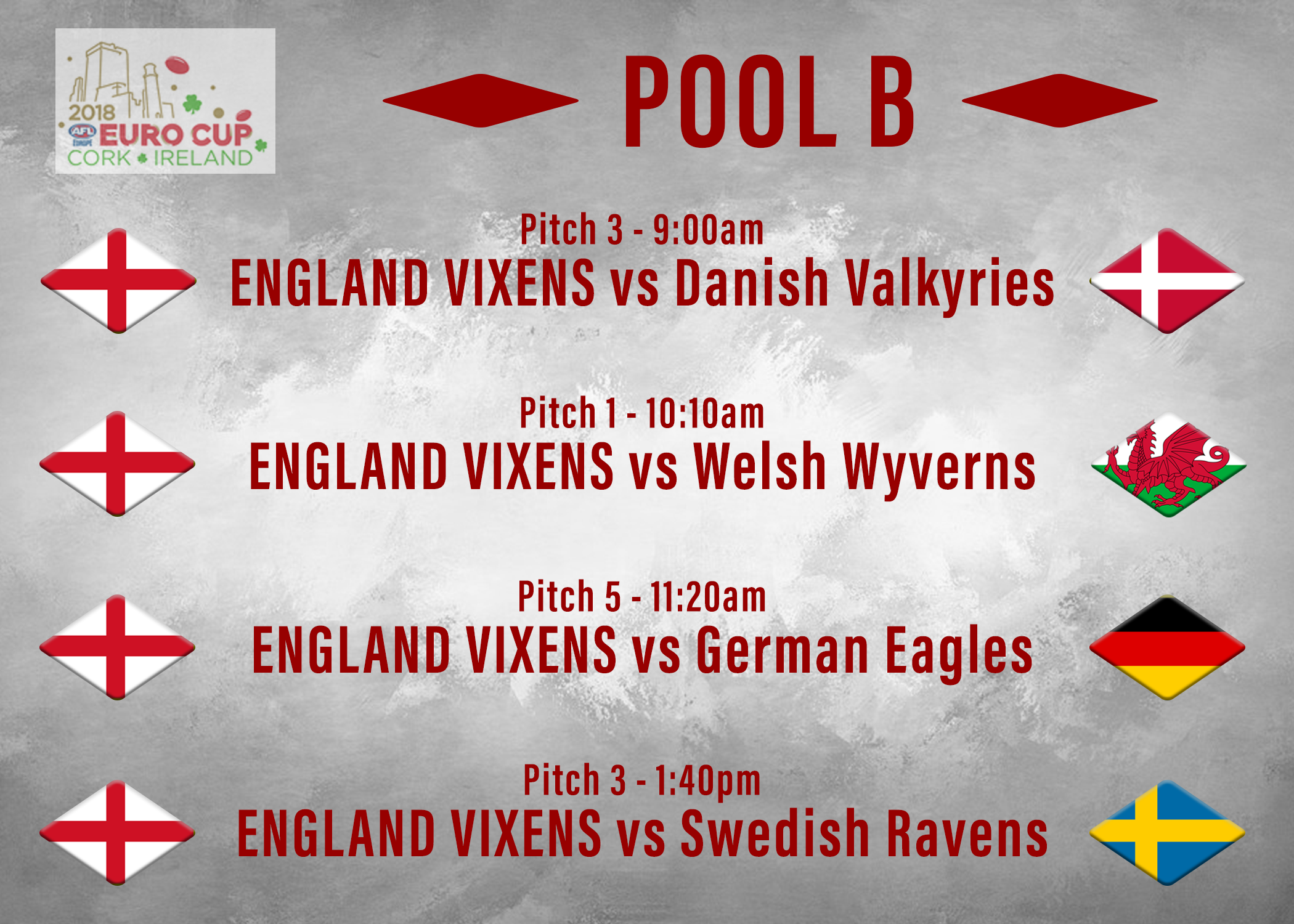 Vixens open with matches against Denmark and Wales who are competing as independent nations after combining efforts in 2017. The England women’s team’s remaining pool matches area against Germany and Sweden.

Should the Vixens top their pool, they will face the runner-up of a pool including Ireland, France, Croatia and Scotland in the semi-final. 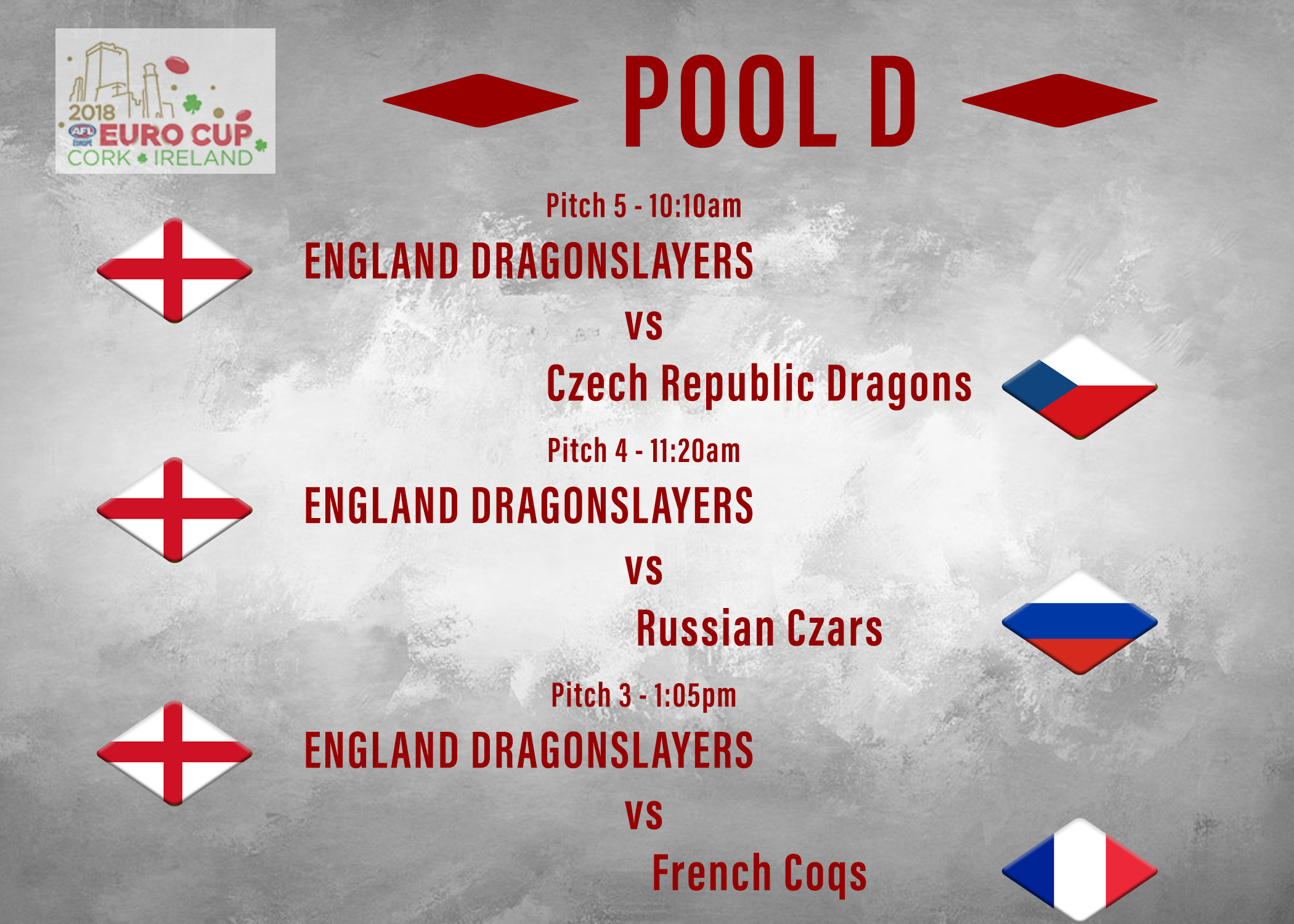 The Dragonslayers will come up against the relative unknown prospects of the Czech Republic, Russia and France in the group stages, and will also aim to top their pool. Depending on their position they will then face an opponent from Pool A (Ireland, Austria, Scotland and Sweden), knowing that should they avoid Ireland in the quarter-final, a Grand Final rematch may be on the cards.

Stay tuned to AFL England across Facebook, Twitter and Instagram from updates live from Cork as the England teams aim to go back-to-back at the Euro Cup!