With two months to go until the 2019 European Championships in London, the Great Britain Swans squad has been named as they aim to retain the title they won back in 2016 and lay the groundwork ahead of the AFL International Cup in 2020.

“The European Championships are a huge competition for us,” said Mitchell. “With a high turnover from players after the AFL International Cup [in 2017] we are excited to see how this group is developing.

“We think it will be a good marker, especially against a very confident Irish side and an up-and-coming German one.” 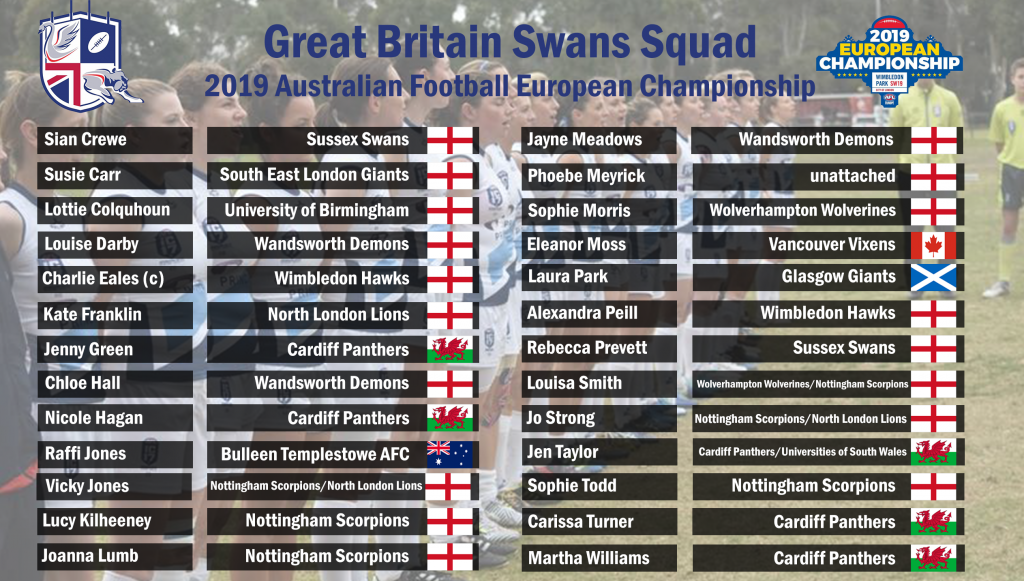 Overall, there are 19 debutants in the Swans squad and just five players remain from the 2017 AFL International Cup squad, with captain Charlie Eales (pictured below), Louise Darby, Lucy Kilheeney, Alexandra Peill and Laura Park part of the side that finished third in their first International Cup appearance.

“Park is an experienced campaigner for us,” said Mitchell. “She will be looking to get in on the goals as a small forward, and lead by example.”

Players have been selected from clubs as far afield as Canada, with Eleanor Moss playing for the Vancouver Vixens, and Australia, where Raffi Jones plays for Bulleen Templestowe AFC. There are also spots for seven players who competed in the National University League’s inaugural season.

NUL Women’s premiers the University of Birmingham have two representatives, with best and fairest winner Lottie Colquhoun – who was also named best on ground in the Grand Final – joined by AFL England CrossCoders scholar Kate Franklin who was part of the North London Lions side who won the AFL London Women’s Premiership last weekend.

Notable absences from the Swans squad include Laura and Rania Turner-Ramadan who are preparing for the birth of their first child shortly before the European Championships, and leading all-time Swans goalkicker Danni Saulter who retired from international football back in March.

The 2019 European Championships take place in London between the 9-12th October at Motspur Park, Wimbledon. 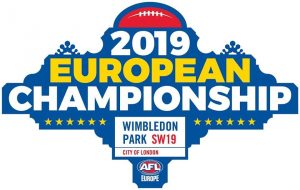