Carissa Turner was eight years old when she started playing badminton and says she immediately fell in love with it. Now, the veteran of two Commonwealth Games and winner of 13 Welsh National Championship titles has put down her racquet and picked up a football, ready to help the Great Britain Swans retain their European Championship title.

Although she finished playing “properly” in 2016, she says there are still a handful of transferable skills, despite badminton not known for being a contact sport.

“They’re certainly different!” Turner told AFL England. “I’ve managed to transfer some of the coordination skills, side-stepping/agility work and jumping for a ball up I can hit the ball in a few directions quite naturally thanks to badminton.

“In certain action shots, you can tell I’ve played badminton because my left arm is positioned behind me to counterbalance. I also think the experience of playing under pressure has helped a lot, I know how to calm my nerves and push myself when I’m tired – I talk to myself a lot to motivate myself.”

She first got into Australian football through her colleagues at Agile Therapy who played, and when she said she wanted to get back into sport and exercise again, they recommended she give it ago.

Turner now regularly plays for the Cardiff Panthers as well as the Welsh national side the Welsh Wyverns, something that fills her with enormous pride.

“I always felt such pride representing Wales. It did feel a bit different pulling on the Welsh Wyverns guernsey at the 2018 Euro Cup because I was still relatively new to the sport but I felt a significant change in 2019. 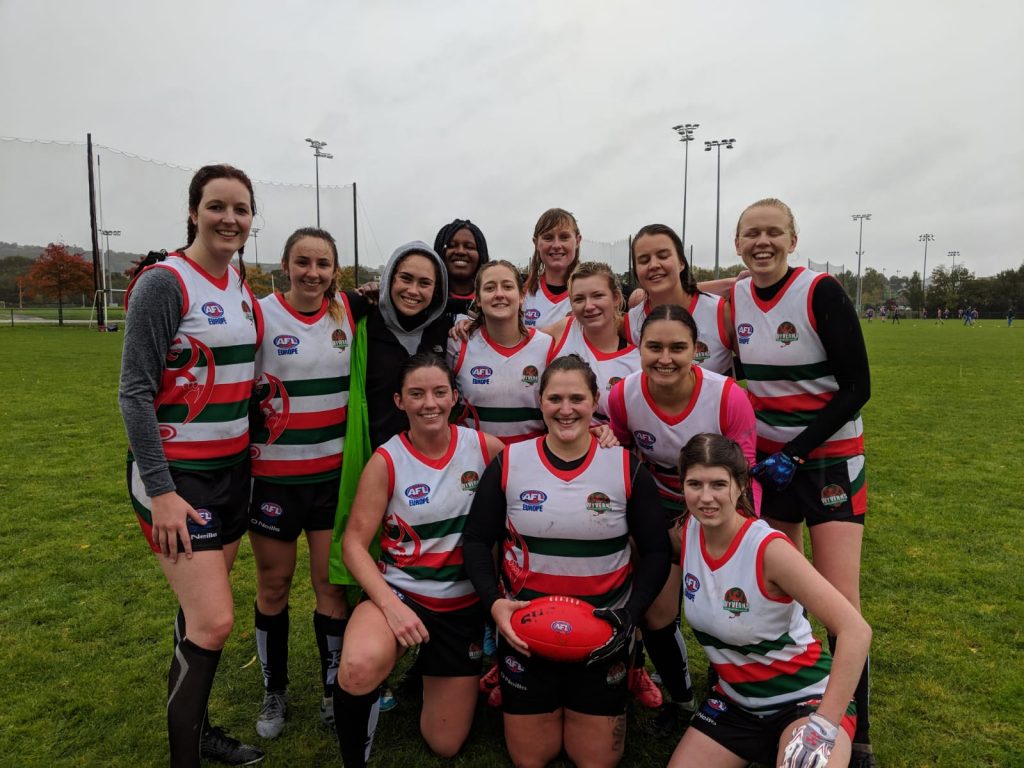 “We had worked so hard as a team and were determined to get a win – and we did amazingly! When the whistle went at the end of our first match, I was so happy that we won! I was jumping up and down screaming!

“It’s amazing to see your teammates rallying together and running themselves into the ground to achieve a common goal.”

This year, Turner was invited to rejoin the Welsh badminton squad but decided not to in order to fully commit to Australian football as her main sport.

Usually playing in the ruck, Turner eventually her first Great Britain training session in August 2018. Despite only having played for around six weeks, she says she had a great time, learned a lot and even played her first-ever match for the Swans against the London All-Stars. 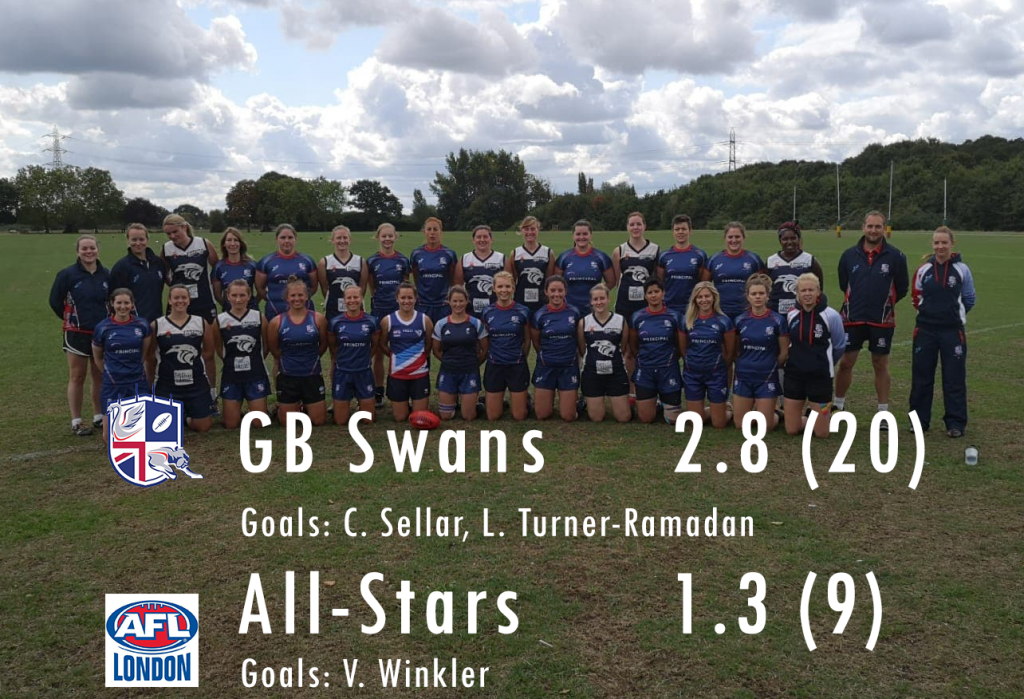 Going from badminton with a team of one – or two in doubles – to 18-a-side and a 26-person squad has taken some getting used to, says Turner.

“Coming from an individual sport you do get a bit selfish. However, the Panthers have been absolutely amazing; they’ve welcomed me with open arms and really take the time to teach you about the sport. The friendships I’ve built through this team mean the world to me and is just another reason why I love playing footy.

Turner isn’t the only Panther present in the Great Britain squad, with plenty of Welsh players aiming to contribute and “bring the fire” to the tournament

“I think we have a great squad! There’s a fantastic mix of experience and each player has their own strengths and attributes that when we all step on the field it should all come together really well.

“Communication is going to be key for us, as we don’t all play together all the time – but the game plan that Ian Mitchell has set in place is one we’ve been working on for a while now so I’m confident that we will do well!”