With 2020 just days away, the footballing community is gearing up for another exciting year of competition. Whether for club or country, players will be looking to be in the best possible shape for a full season of high-level football.

One team getting ready for an important year, is the Great Britain Bulldogs who, after winning the European Championships in 2019, will be looking for a strong performance at the 2020 International Cup.

We spoke with Great Britain Bulldogs Head Coach Dean Thomas, who told us about the process by which he goes about selecting a squad, as well as his views on training sessions and his thoughts ahead of the International Cup.

“Invited is perhaps the best term,” Thomas told AFL England, when we asked him how he approached his selection process. “Players are brought into the fold based on club performances and recommendations from trusted observers. Generally, many of the players who join us are relatively inexperienced to the game, but all possess similar traits. A high level of athleticism, a good work rate and a positive mindset. Most are already very strong at one particular skill set, and that gives us a base to work from.”

Thomas cited examples such as the athleticism and tackling of Andy Cochran and the kicking ability of GB leading goalkicker Andy Walkden as an example of a base for them to develop into elite footballing talent in the GB setup.

As for scouting, Thomas says he follows the league “as closely as we can,” which includes attending as many games as he can, and is also fed information about players as they rise through the local ranks.

“It is by no means 100% comprehensive across every game in every league, but we have good coverage. These are voluntary roles, with no payment or reimbursement of any kind. Everyone does their best with the resources available.” 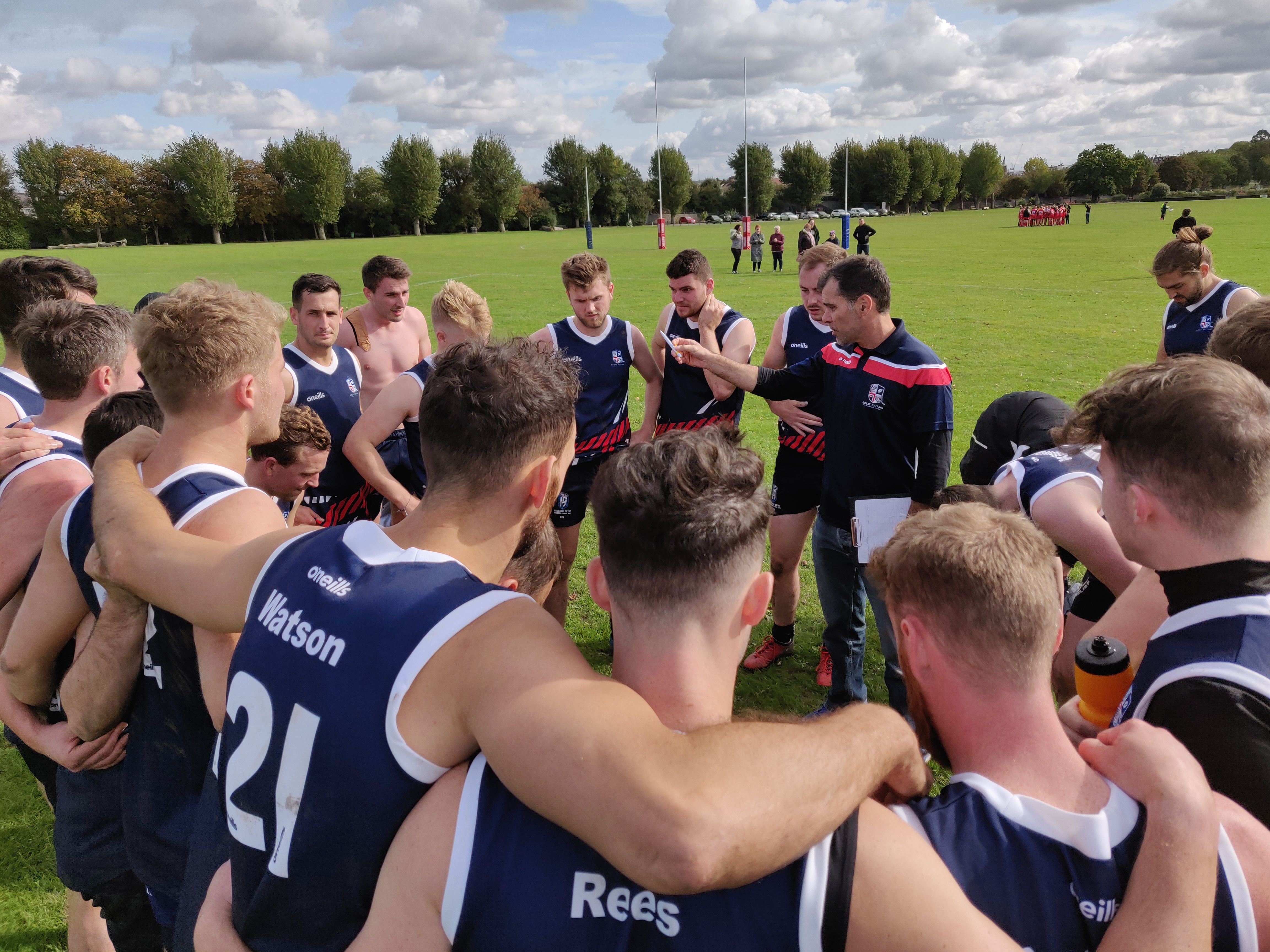 When emerging talent is spotted, there are systems in place to get the most out of that individual player.

“An example of this is Adam Reed,” said Thomas. “He was spotted in his first season at Wolverhampton, nobody had advised us to watch him, but he displayed a real hardness at contests, didn’t get flustered when under pressure and had safe hands.

“Since then he has developed his disposal skills to complement his natural attributes, and is one of our most trusted defenders in any circumstances.”

Thomas cited other examples including Michael Sharp (pictured), David Jordan and Joe Lloyd as players who have been spotted either by teammates or coaching staff.

“When we receive recommendations we go and watch, or send a scout to watch. If the feedback supports the initial recommendation we get them to train with us. They don’t have to be best on ground, they just have to have attributes we can develop further. After that, it’s up to them.”

So what does someone have to do to work their way into the current GB side? Thomas say it isn’t a closed shop.

“I can see how some outside of the inner workings interpret it as being so, but if you asked any of the players past & present, I would suggest they would strongly disagree.

“I had one person say to me a couple of years ago: ‘Why does there have to be a secret Facebook page? Why is everything so secretive?’ There is nothing secretive about the GB set-up. There is a public page for all to see and keep updated, people need only look for it and then join it.”

Now dual coach of the England and Great Britain national teams, Thomas admits there is a crossover in his approach to selection for both teams. This was evident in the build-up to the 2019 Euro Cup where there was no “Trial Day” for the Dragonslayers. Thomas says he isn’t a believer in them. 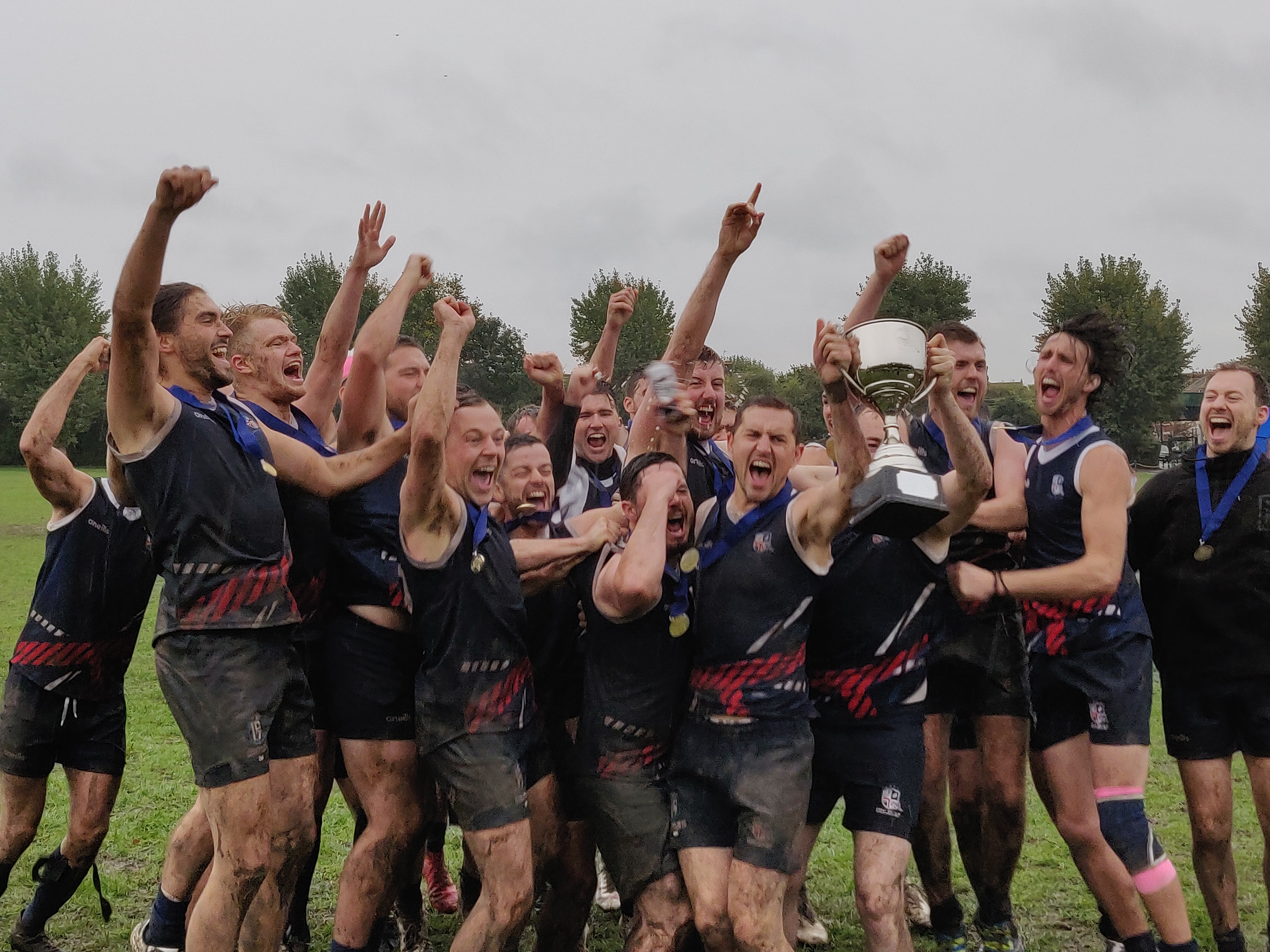 “There was already a heavy training load on players and coaches at both club and national level, as will be the case in 2020, so to introduce additional training days for England was deemed unnecessary and counterproductive.”

That being said, Thomas has said that training days will prove invaluable in the lead up to the 2020 International Cup.

“They’re very important, but we have learned that quality not quantity is the best way forward. Training involves a lot of travel for everyone involved. We have seen some players fall by the wayside due to this. All the players that have done well have stuck at it and endured the sometimes arduous trips to training. It has developed a real kinship between the players, and when new players are brought in to the fold the boys are all very welcoming, whilst making it known what they want from each other.

“We give the senior players a say in how training is formatted through the year, 2020 will be the same, in order to get the best out of the group.” 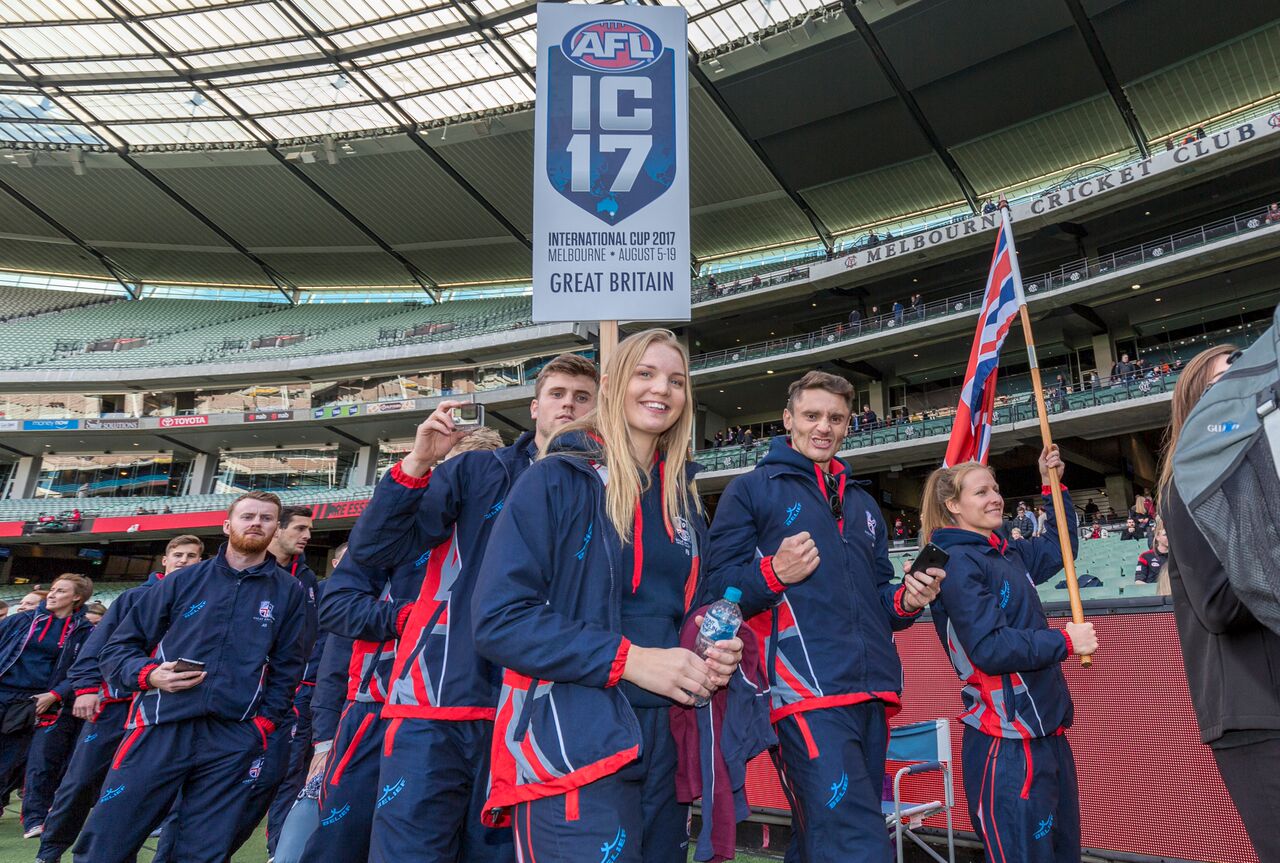 Just seven places remain in the Bulldogs’ International Cup squad after 21 players were named already, with a view to Australia-based players being named in February. Thomas says that this announcement was necessary in order to have the strongest possible squad available to him.

“No players are paid,” he said. “They’re just like you and me, they all have to take annual leave – they need notice for this. In an ideal world, we would pick the squad four weeks out from the IC, after half a season of footy to gauge players form on, but we don’t have that luxury.

“It means some hard calls get made, but someone has to miss out. Personnel wise the squad is in a good place. The boys will give themselves the best chance they can over the next six months, and they’ll be ready to go come August.”