Despite having a “very young squad” Great Britain Bulldogs captain Ross Denton says that his side can “boast more than most” in terms of international pedigree as they prepare for the 2019 European Championship.

With nine veterans of the 2017 European Championship, ten from the 2017 International Cup, and 14 that won the 2019 Euro Cup with the England Dragonslayers, Denton says the side will come into this tournament full of confidence.

“There are some new faces that won the Euro Cup with England this year that will give them a big confidence boost going into the tournament. 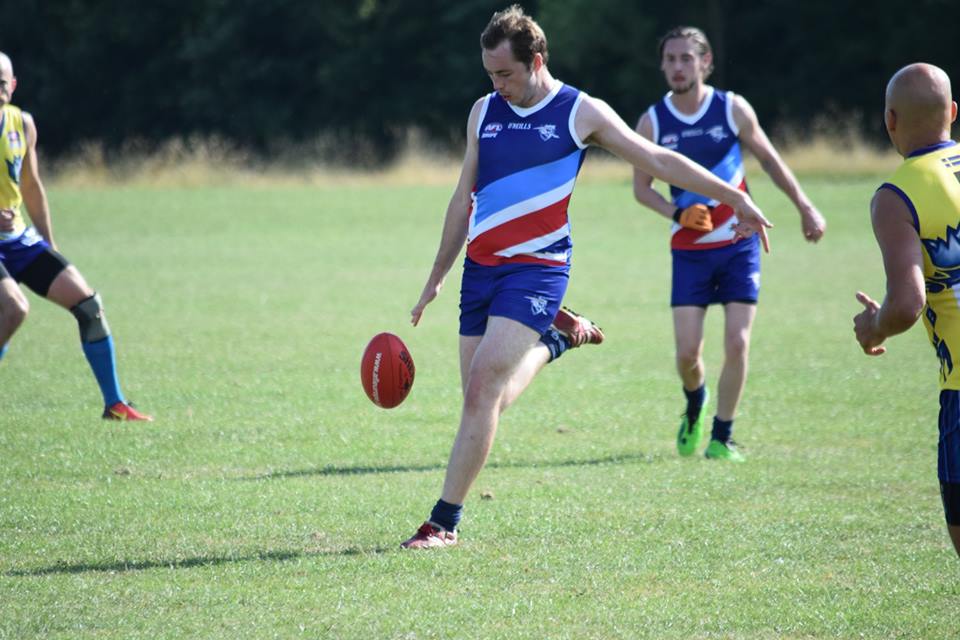 “There are also plenty more that played at EC16, and the experience of being a part of and winning tournaments will really be able to help the more junior members of the squad.”

Named as captain ahead of last August’s friendly against the Netherlands, Denton will be playing in his third international tournament for the Bulldogs and says that it will require a team effort if his side are going to retain their European title.

“The way that we set up doesn’t rely on individuals to be the stars of the show; we make sure that we do the fundamentals right and shut down the opposition when we need to, whilst playing a free and expansive game going forward. This allows everyone to play their natural game so you have to watch out for us all!”

Denton’s path into Australian football is a common one for those familiar with the Great Britain setup. After discovering the game on a visit to Melbourne, he joined the University of Birmingham club on starting university.

“I turned up at the first session and the rest is history! The club has seen some incredible talent over the years and I was very lucky to be coached by some great players during my time there.

“There was a real sense of unity and trust in the club and everyone wanted to be the best we could be – something which any team can benefit from.”

Now playing his club football for the North London Lions, Denton first joined the Bulldogs set up in the lead up to the 2016 European Championship.

However, after a season of injury, his tournament was limited after reaggravating the same injury just weeks before the tournament.

“I wasn’t fit at all. The coach made the call to rest me after the opening group game. I was gutted to be sitting on the sidelines for the two games before the final, especially when we went down by a point to Ireland. It made me more eager for the final – I can still remember exactly how I felt when that final whistle went.”

Crowned European champion, Denton’s next international tournament was the 2017 AFL International Cup during which he played every single game and was named as GB player’s player of the year. He says that several game-changing figures have helped shape him as a player and as a captain.

“We were very fortunate to have a lot of influential figures in the squad. There were experienced game-changing figures in the likes of Will Worthington, Luke Booth and Sean Walton on the field, but the attitudes off the field are just as important.

“Ross Ashman will always stand out to me as an incredible team player and was amazing at keeping spirits high and keeping us all focused towards the target – it’s people like that who are invaluable to a squad and can make or break a team in tournament footy.

“I’ve learnt that everyone can be a leader either on or off the field, and the squad will rely on those sorts of figures stepping up when it matters. We’ve built a lot of trust between each other during the last few years and that will shine through in the footy we play.”

With less than a year to go until the 2020 International Cup, Denton is keen to stress to his players that they should just take every game as it comes.

“I will always say to the lads that there is absolutely no pressure and that playing for Great Britain is just like playing any other game once that whistle goes. We have to fight for the ball at every opportunity, back yourself, back your teammates, and work hard to get around each other – exactly the same as I would expect them to play in any other game.

“Everyone has been selected on merit and deserves to be where they are. It’s the pride of playing for your country that will make us fight that little bit harder for every ball.”