In the first of a new series here on the AFL England website, ‘Good Week / Bad Week’  will aim to highlight some of the great footy performances of the weekend or round. So without further ado, here’s our thoughts on Round One in both the London and CNE leagues! 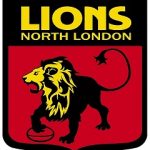 The North London Lions opened their AFL London Men’s Premiership account with a 140-7 thrashing of the London Swans. The Lions finished as runner-ups in the 2017 Grand Final, losing out to the Wandsworth Demons 4.14.38 to 5.5.35. This strong performance on the opening weekend, coupled with a strong Demons performance against the Wildcats, shows that we may be in for a rematch come August. 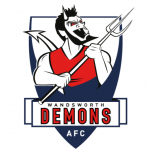 Wandsworth Demons again look like being the team to beat after wins for all but one of their sides in Round One. The pick of the results has to be the reigning Women’s Premiership Premiers making a winning start to their 2018 campaign by seeing off the West London Wildcats 7.5.47 to 0.1.1. There were also wins for their Men’s Premiership, Men’s Conference, and Women’s Conference sides. 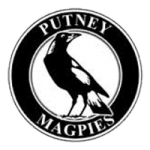 Putney Magpies were one of only two teams to put 100 points on the board this week as they defeated the South East London Giants 15.13.103 to 6.5.41. This result means they top the Men’s Conference table as they look to make their first Conference Grand Final since 2004 where they lost to the Shepherds Bush Raiders 18.19.127 to 9.4.58.

The Ealing Emus’ win over reigning Men’s Social Premiers the Wandsworth Demons was the only crumb of comfort for the West London Wildcats in a weekend where only one of their five teams managed to get a win. Reigning Men’s Conference winners Shepherds Bush Raiders ran out 41-point losers against a Clapham Demons side they defeated by a margin of 21 points in the Grand Final, while the reigning Women’s Conference Wildcats side failed to make an impression on the scoreboard, losing 30-0 to the Demons side they’d beaten by 31 points in their Grand Final last season. 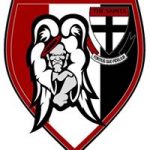 The Merseyside Saints were the victims in a one-sided mauling at the hands of Central & Northern England rivals the Wolverhampton Wolverines. The Wolverines emerged winners 235 to 31, with Craig Jones kicked 12 goals and Lewis Gedney nine. The Saints will have to pick themselves up ahead of their next match against the Huddersfield Rams, who lost out to the Nottingham Scorpions in Round One.

Have a great story? Think we missed something? Email info@aflengland.org!