The Great Britain Bulldogs secured themselves a place in the Grand Final after the second day of play at the 2019 European Championships.

However, there was a disappointment for the Great Britain Swans who narrowly missed out on a place in the Grand Final, losing out to Germany on points difference to finish third.

The Bulldogs met Ireland at the semi-final stage after defeating them in the Grand Final three years, and the hosts were on top for large periods, weathering a third-quarter storm from the Irish Warriors to book their ticket to the big dance on Saturday at 15:00 (BST).

Two goals from Andy Walkden as well as one from Paddy Lawson saw them open up a 15-point lead at half-time, with the Irish responding after the break; two quick goals closing the gap to less than a goal midway through the quarter.

But the Bulldogs came back, with Lawson adding two more before Jack Coughlan kicked the sealer four minutes from time as they ran out 18-point winners.

They will play Denmark in the Grand Final after they defeated Croatia in the other semi-final. 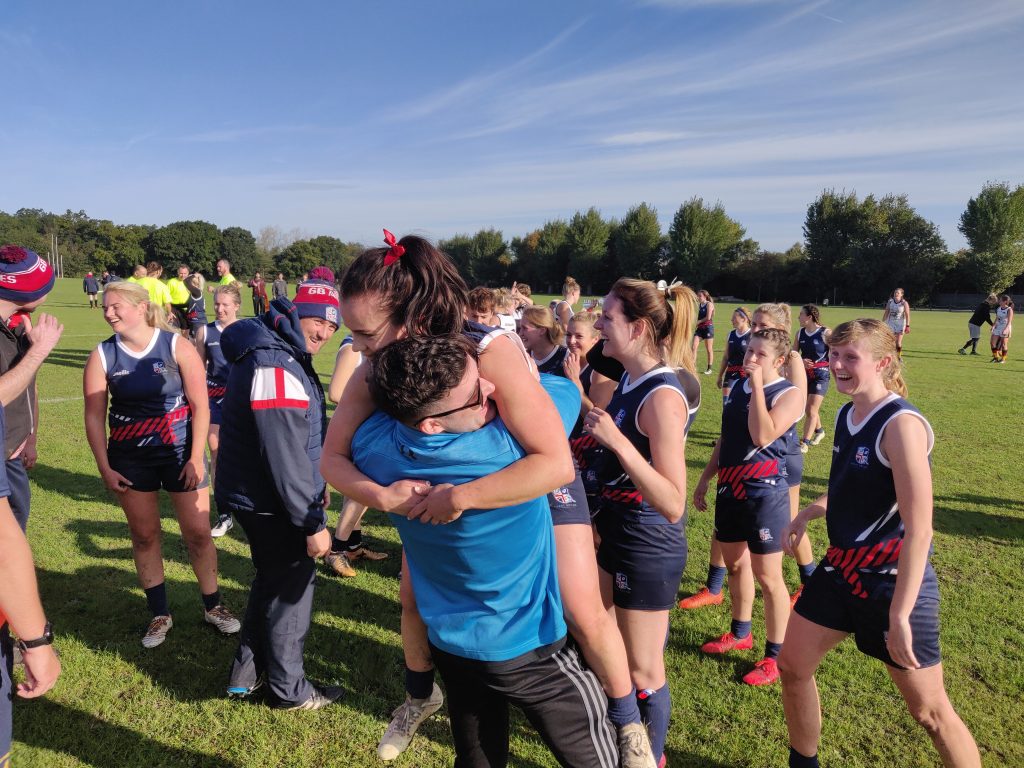 Meanwhile, the Swans day had started brightly with a win over Germany – revenge for their loss yesterday – thanks to a goal from Martha Williams, her first for the Swans. The Welsh starlet, who played in the inaugural NUL season, was immediately mobbed by her teammates after her right-foot snap sailed through the posts.

Following the match, the two teams gathered together in a joint circle to congratulate one another after two days of competition, resulting in a win apiece and both by the same scoreline. 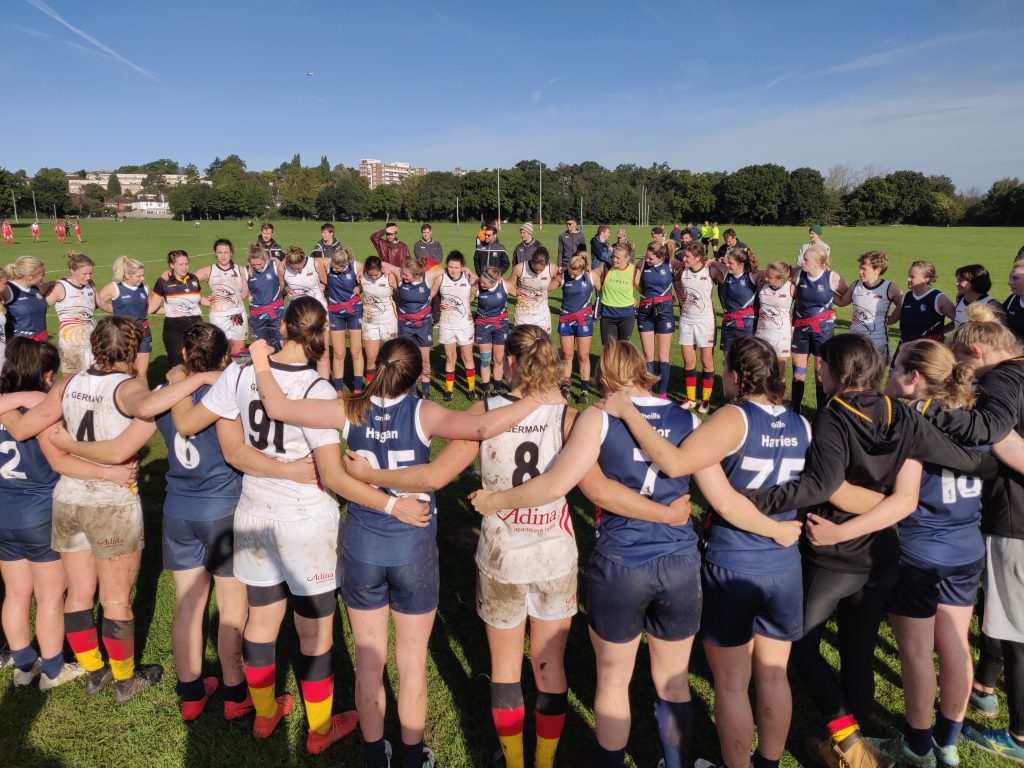 Attention then turned to Ireland, with the Swans knowing a result would be of paramount importance. They weren’t able to grab that vital win, however, their performance on the pitch showed just how much this young side have learned in the space of 24 hours.

The Swans still had an outside chance of making it through to the Grand Final, but in the end, it came down to points difference and the defending champions would have to settle for third.

Their tournament is not over, with the Swans scheduled to play the Wandsworth Demons on Grand Final Day this Saturday at 9am (BST).