The inaugural test matches between the NUL All-Stars and the Irish Universities side were a “great success” that showed how far the university game has come across Europe, says National University League Coordinator Will Shillibier.

Almost 50 players travelled to Dublin from university teams across England and Wales to take on the Irish University sides in the first match of its kind anywhere in the world. Although the Irish secured victory in the women’s match, a nail-biter between the two men’s sides saw the NUL All-Stars clinch victory and ensure that the spoils were shared.

“It was a fantastic weekend,” said NUL Coordinator Will Shillibier. “I didn’t know what to expect from the trip, either in terms of football or the experience as a whole. Seeing some of the league’s best players running out together – some of which were playing 18-a-side for the first time – was incredible.

“The coaches and players did such a great job of creating a team identity, after a whole season of competing against one another. I hope they all feel very proud of themselves for what they accomplished in the NUL’s first season.

“We look forward to hosting next year’s match between the two sides, as well as the start of the new NUL season this autumn.”

After the success of the inaugural NUL season in England and Wales, which saw Oxford and Birmingham crowned men’s and women’s champions, the university game was ready for another momentous occasion.

In the weeks leading up to the match, sides were assembled and coaches were elected, with emails bouncing back and forth between all involved. A challenging build-up was compounded by the fact that this would be the first time the teams would play together.

However, coaches and organizers set about fostering a sense of team spirit, encouraged individual training and learned each other’s strengths and weaknesses in the lead-up to the event.

After landing in Dublin, team kit was distributed among both squads, with the players getting to know one another. There were one or two moments spent reminiscing about the past season, with rivalries set aside for two very special matches the following day. 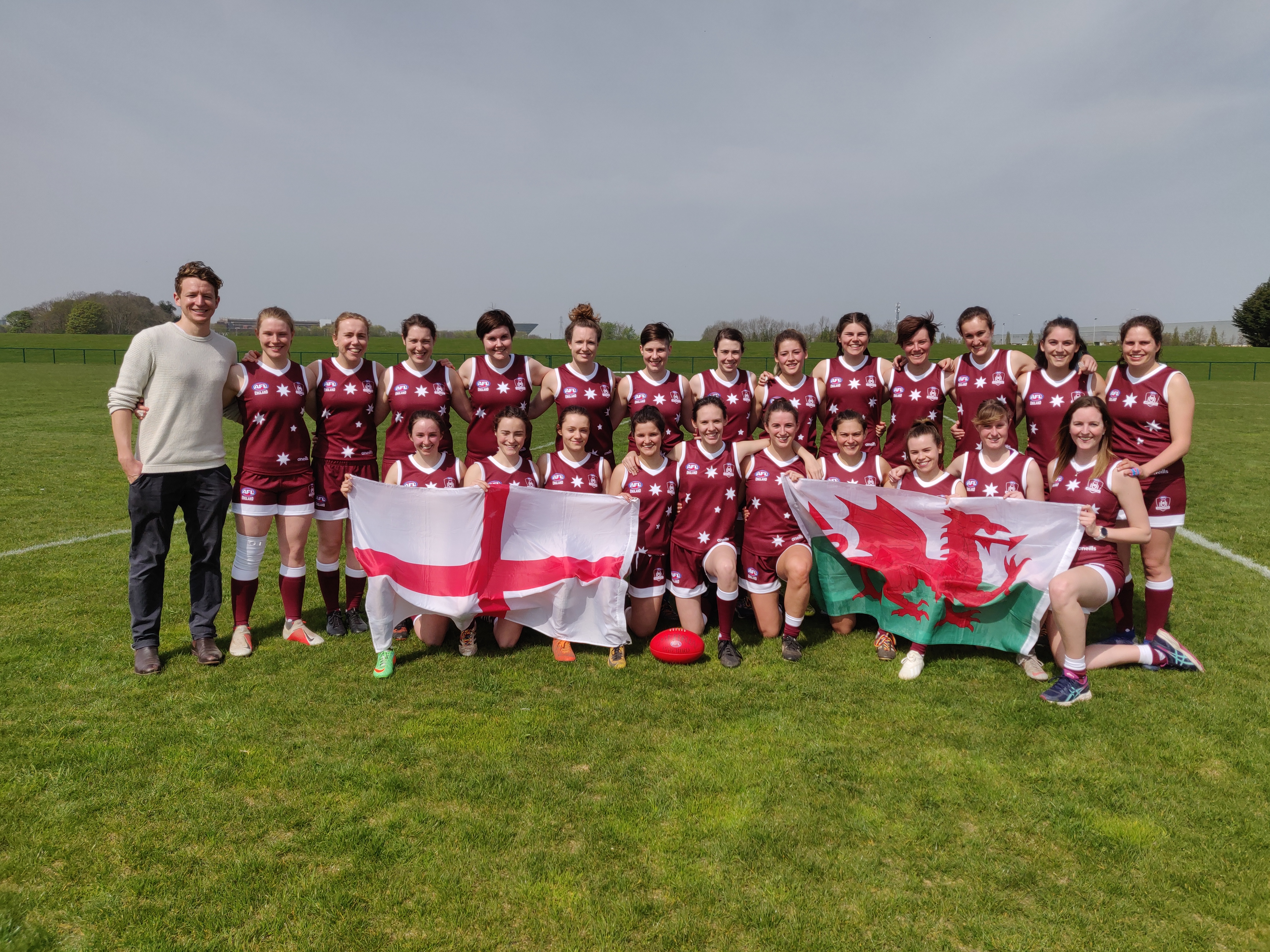 Some may look at this event as a stepping stone towards life beyond university sport, and this vital experience of playing 18-a-side Australian football will prove vital for some players.

That being said, others will return for the second season of the National University League which is due to start in the Autumn. Old rivalries will resume, with some All-Stars teammates reverting back to opponents.

We hope that events like this can prove how strong university football is in England and Wales, and shows how committed players are to the sport. Even before exam season, players were willing to travel long distances to participate and we hope they got a lot out of it.