Less than two years ago, Isy Currenti was part of the Wimbledon Hawks who took down the AFL London Women’s Premiership title.

Fast forward to last weekend, and Currenti was part of the Geelong Cats VFLW side who extended their unbeaten start to the season with a 8.9.57 to 0.4.4 win over the Williamstown Seagulls.

Currenti kicked a goal in that game, and we recently caught up with her find out more about her journey from the AFL London to the 2018 Swisse Wellness VFL Women’s competition.

By her own admission, Currenti hadn’t even kicked a footy before she saw a bunch of people playing on Clapham Common during her early days in London.

Since that first kickabout, Currenti has compiled an incredible European footballing CV including winning the Champions League and representing Australia in the ANZAC Cup in France.

While at the Hawks, she says that a certain legend of the sport spotted that she had a natural talent for the game.

“While I was there we had Anthony Koutoufides come down to one of our training sessions. I had no idea who he was, but he pulled me aside during a drill and told me he saw potential in me – that was pretty cool.”

Recently, after moving back to Australia, she joined Lauren Spark and Katie Shierlaw for a training session at Melbourne Uni, and subsequently played half a season there.

“I couldn’t ask for a better club to be a part of,” she said. “To think that I started off playing socially in London, and am now part of a VFLW squad is pretty cool. I still pinch myself! I mean it feels too good to be true.”

To think that I started off playing socially in London, and am now part of a VFLW squad is pretty cool. I still pinch myself!

“Pulling on that jumper, and running out on to GMHBA stadium on a beautiful, sunny day… I couldn’t have asked for much more. We’ve all worked so hard during pre-season, I think we all deserved to be out there soaking it up. 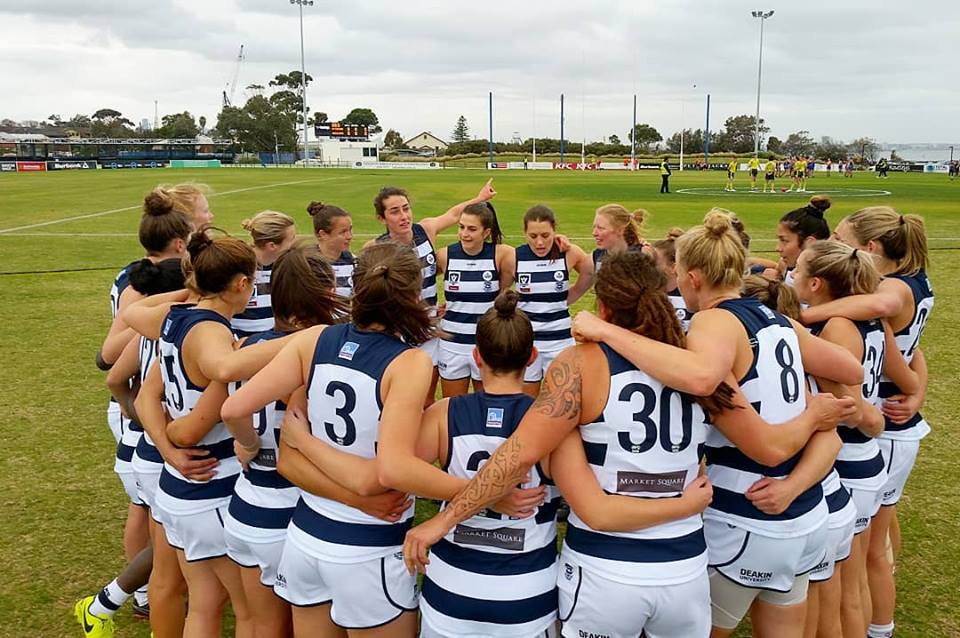 Currenti says it’s the family atmosphere at the Cats that has helped her develop as a footballer.

“You spend a lot of time with your teammates, so you form some really great relationships. Other than the footy side of things, it’s the people you meet and the bonds you develop that really help you. 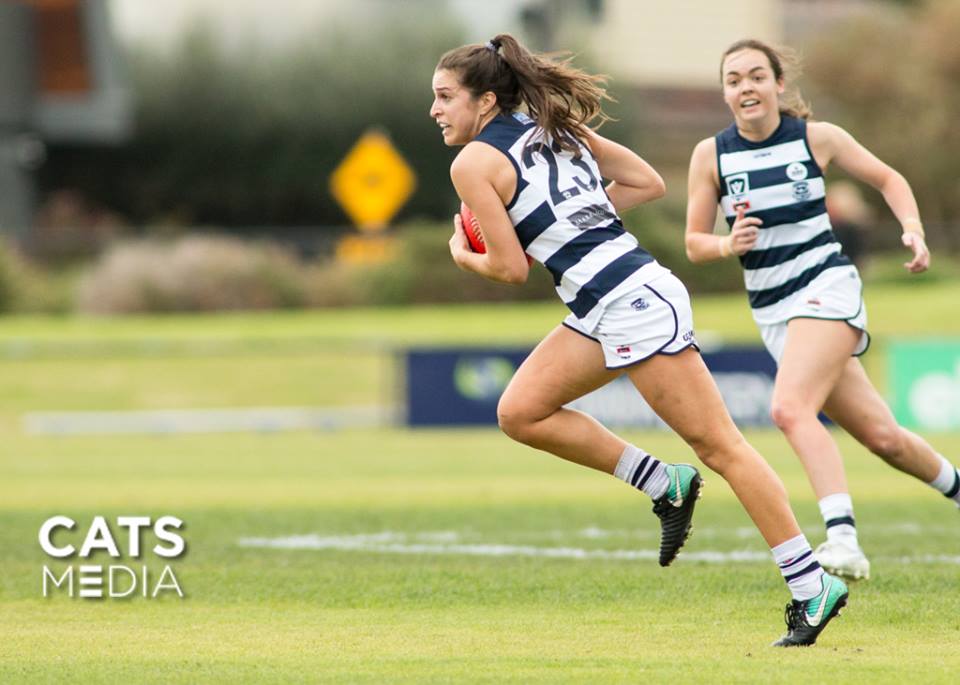 With a couple of games under her belt, Currenti seems to have set her sights on a larger goal.

“I am wearing number 23 for the Cats – the Big Buddy’s number – so I’m really trying to focus on kicking goals on my left from outside 50…except I kick on my right and there’s no chance I could kick from outside 50 (…yet!).

“At the moment, I’m really trying to focus on developing my game. Playing at a higher level means I’ve had to step up and meet the level of the more experienced players. For me, it’s about getting that experience and becoming more comfortable and confident playing the game. All the coaches at the club have been amazing, and I can’t wait to keep learning.” 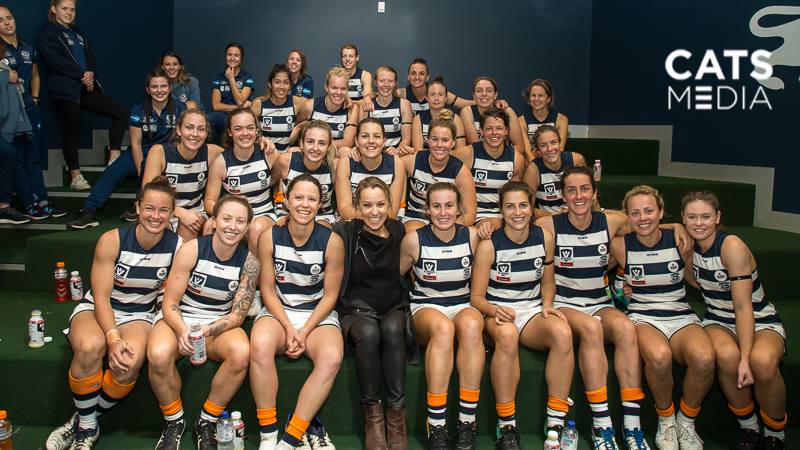 And how do her former teammates and friends here in England feel about her journey to the VFLW?

“They’re just glad I’ve invested in a pair of footy boots! I played my first season in runners and didn’t hear the end of it. Aside from that, they’re pretty happy for me. The ones living back in Melbourne came along last weekend [for the first game of the season]. It was really nice to have the support.”

Currenti says she has some pretty simple advice for anyone wanting to get into Aussie Rules – don’t be scared!

“I was pretty scared at first about the whole tackling situation, but it really isn’t that bad. Just think of it like tackling your brother.

“I think it’s great that Aussie Rules is being played all over the world. People don’t believe me when I tell them I started footy in London out of all places. It’s great to see the sport growing globally.”

We’ll certainly be keeping an eye on Currenti, and indeed all the other former AFL London players  now plying their trade in the AFLW and VFLW.

To find out how to get involved with an AFL club near you, head to www.aflengland.org