From playing footy at school as a kid to playing on the biggest stage possible for a female footy player, former Wimbledon Hawk Lauren Spark last year helped the Western Bulldogs clinched the AFLW title after defeating the Brisbane Lions 4.3.27 to 3.3.21.

Spark was introduced to footy by a colleague and played three seasons with Melbourne University. She then headed to London, playing two seasons with the Wimbledon Hawks, as well as co-founding the Clapham Cubs junior club with Hawks teammate Lisa Wilson.

She also has an assistant coaching role with the Great Britain women’s team, the Swans, who finished third at their very first AFL International Cup in 2017.

Spark has played every single game of the Bulldogs’ AFLW existence, a fact that even she admits finds surprising. 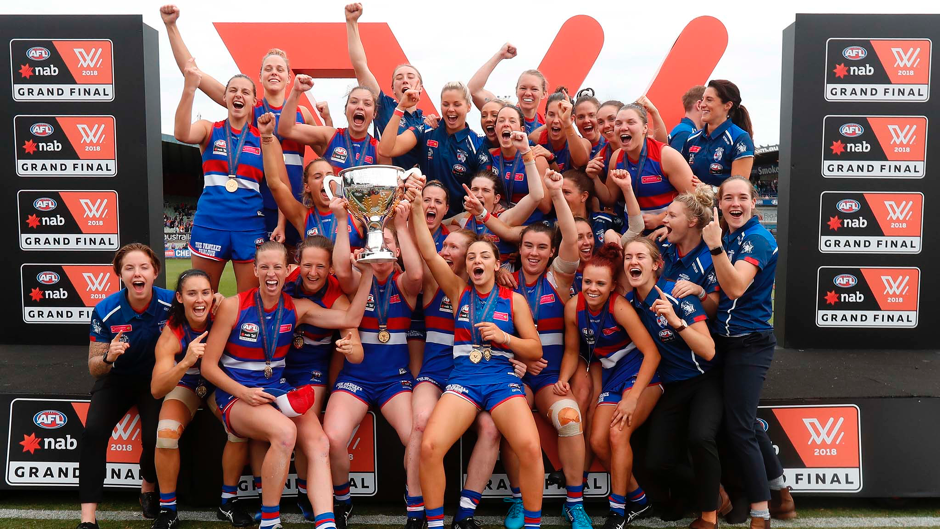 “I’m not as young as some of the others!” she said, “But I think to have that time away in London, and seeing the passion abroad for the game, gave me added excitement. I know how special this time playing AFLW is, and I really make sure I enjoy everything that comes with it.

“Also I think listening and really taking on what all the support staff have been advising us to do has really helped with my development and ability to keep performing each week.”

In her first season, Spark said that no one knew what to expect, least of all her.

“I had been in London for two seasons! I wasn’t sure how much the game and skills had grown, so I knew I had a bit to catch up on.

“But by season two we had a foundation for what to expect, and we had to build on that and need to make sure that it happened on and off the field. We really simplified the game plan and took it back to basics.”

In an interview in the run-up to the 2018 season, Spark said that her goal was to “build on what we’ve already begun to create and that bringing in a few new girls might “shake it up a little.”

“Yeah, they sure did, in a great way! They brought a lot of added youth, energy and excitement to our team which allowed us to really enjoy our season.

“This season I want to make sure I continue to listen, learn and have fun.” 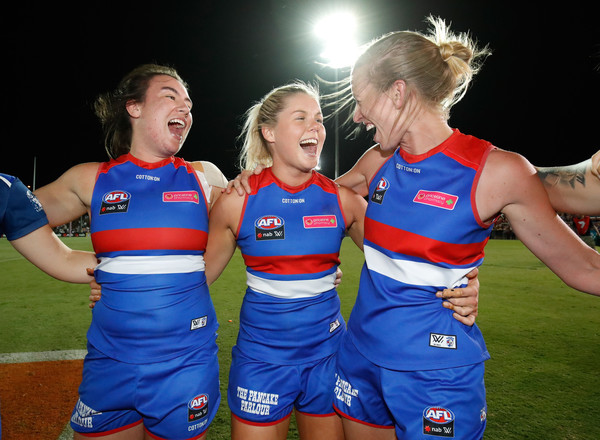 With preparations for the third AFLW season getting underway, there will be an extra element of the unknown thrown in into the mix, with the addition of two extra teams. Spark says that this expansion is mirrored in her role as a school teacher.

“The game is growing at a rapid rate,” said Spark, “And that’s a reflection in the growth of the youth game. I’m a school teacher and the number of young girls playing in my school alone has exploded.

“The expansion teams have had some effect during this offseason for obvious reasons, but moving forward it won’t really affect us. We have the core group from last season back on board for next year, and again adding more girls from the draft will only add to our already great list!”