Colquhoun said it was a big surprise to discover she’d won the medal for a second year.

“I’m so grateful to all the members of UOBARFC for their support throughout the season. I’m also extremely thankful to Ian Mitchell (GB Swans coach) and the whole Swans team for their coaching and advice this year. It’s undoubtedly made me a better player!” 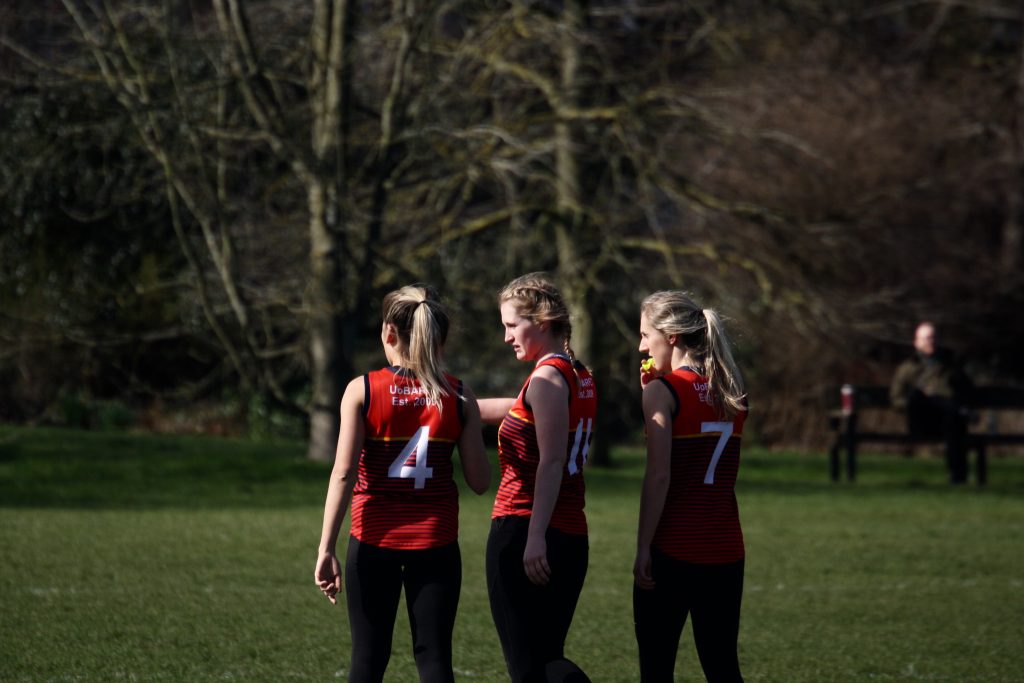 The Best and Fairest race was closely contested between Colquhoun, the University of Cambridge’s Kate Franklin and the Universities of South Wales’ Kyra Jones.

Franklin polled maximum votes in three of her first four matches and held a slender one-point lead over Jones at the halfway stage of the season. Jones moved into the lead after Round 3, but with the UoSW having a bye in the final round, it looked to be a straight shootout between Franklin and Colquhoun.

Their two sides met in the first match of Round 4 in what was a de facto Elimination Final. Cambridge won by just two points, securing a place in the Grand Final, but Colquhoun polled three votes and Franklin one, meaning the GB teammates were level at the top of the Best and Fairest contest on ten votes each.

Colquhoun would poll maximum votes in her side’s win over Oxford, meaning Franklin would need to match that when they took on winless Oxford in the final match of the Round. Despite keeping their arch-rivals scoreless, Franklin did not pick up any votes and would have to settle for second place alongside Jones.

Teams Improving All the Time

The National University League in 2018 was set up to provide university Australian football teams with the chance to play regular competitive matches against one another. Even in the space of just two seasons, the quality of players across both the men’s and women’s division has increased noticeably, and as a result, so has the competitiveness within the leagues.

“There were so many outstanding players in the league, both experienced and new to the sport,” said Colquhoun. “So I can imagine it was a close call for the BAF title. I look forward to working with the other teams in the coming years to help grow the sport and learn off each other.”

Having helped her Birmingham side win the Premiership in the inaugural NUL season, both they and losing Grand Finalists Oxford missed out on making this year’s Grand Final, with Cambridge and South Wales poised to battle it out before coronavirus forced its postponement.

South Wales were named minor premiers, flipping their 2018/19 record of 1-5 to go 5-1 including to a record of 1-5, including two victories over Birmingham. Colquhoun says that the league felt a lot more competitive this year. 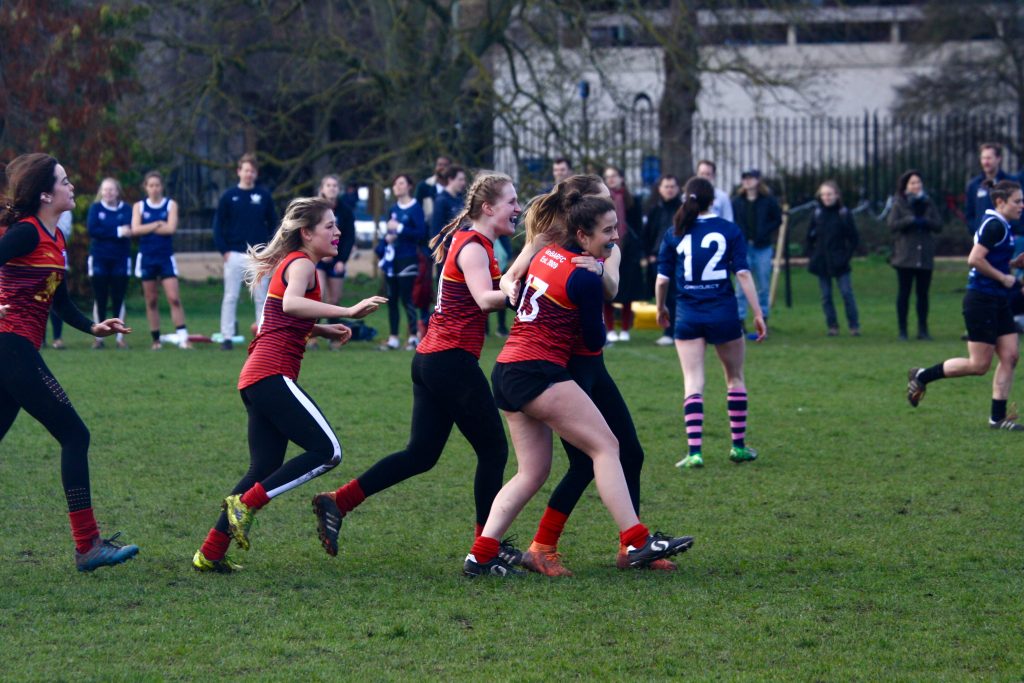 “As the sport grows you can begin to see the teams becoming more competitive and focused,” she told AFL England. “Personally, I felt that the teams were closer this year. It was great being able to learn off other teams, experienced players were constantly willing to give advice both on and off the field.”

Within Birmingham itself, there has also been changes with a sudden influx of more female players. Members have doubled and structures have been implemented, resulting in a less relaxed atmosphere than in previous years. However, Colquhoun insists that the atmosphere socially remains unchanged, with the club full of “energetic, unique and wonderful people”.

“For me, the whole season has been particularly special. The huge number of sign ups we got at the beginning of the season was a great memory! For me, similarly to last year, playing at home in front of all our supports is always the best feeling!”

Colquhoun already has a number of accolades in her short time playing Australian rules football. 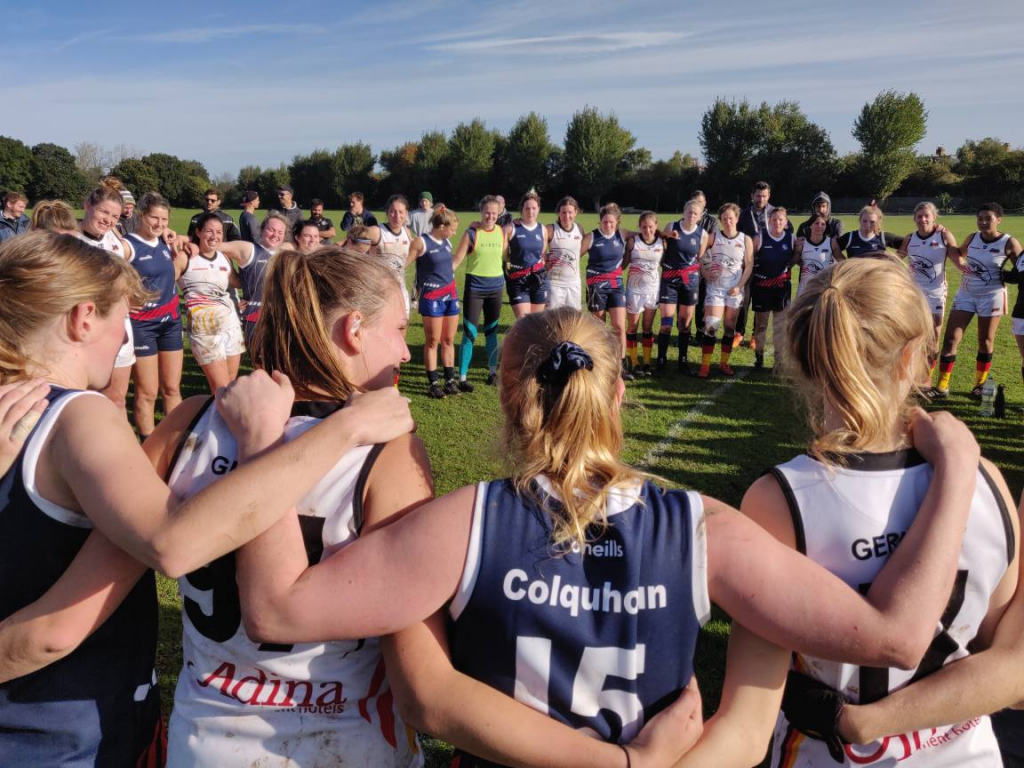 Here we can reveal for the first time how the umpire’s voted and how the Women’s NUL Best and Fairest race unfolded! 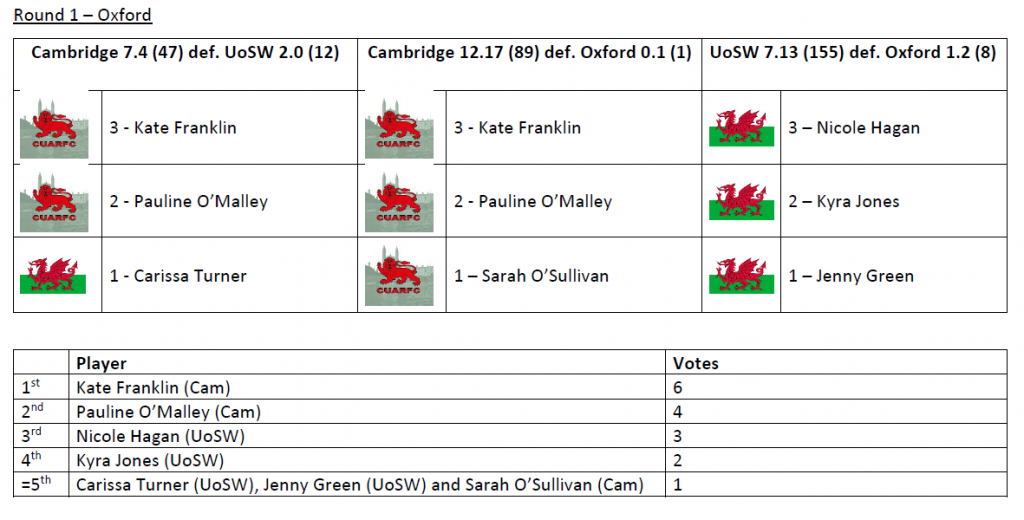 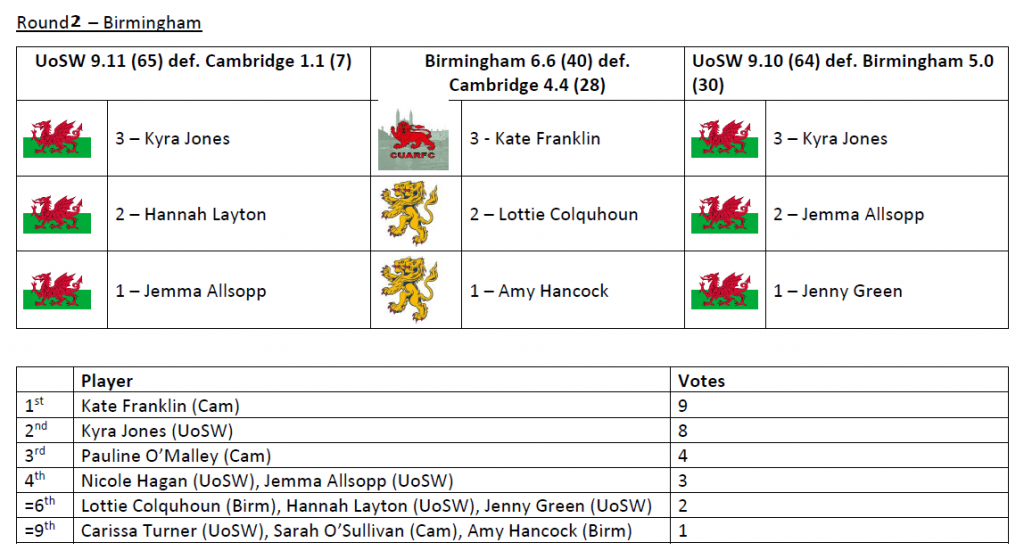 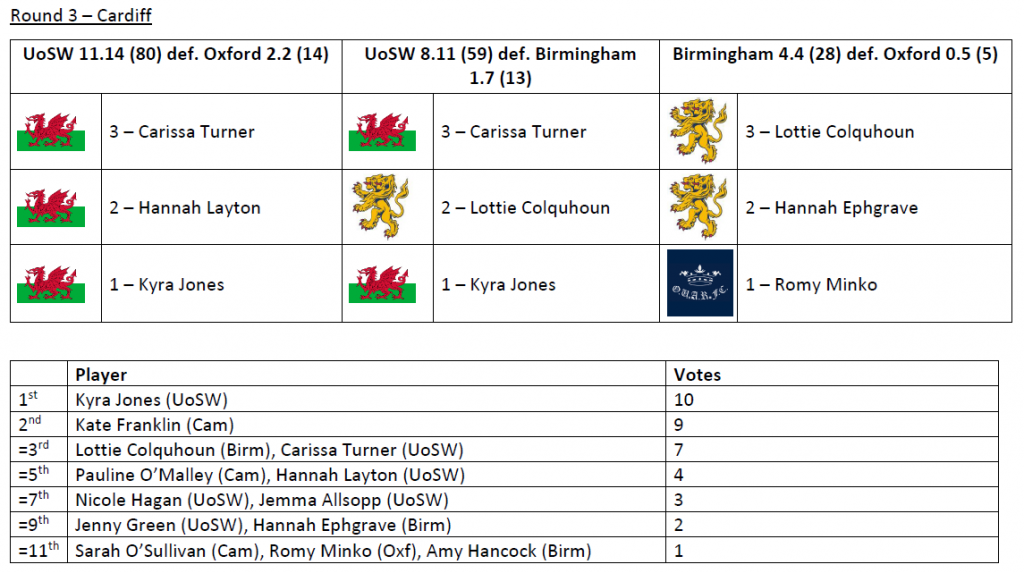 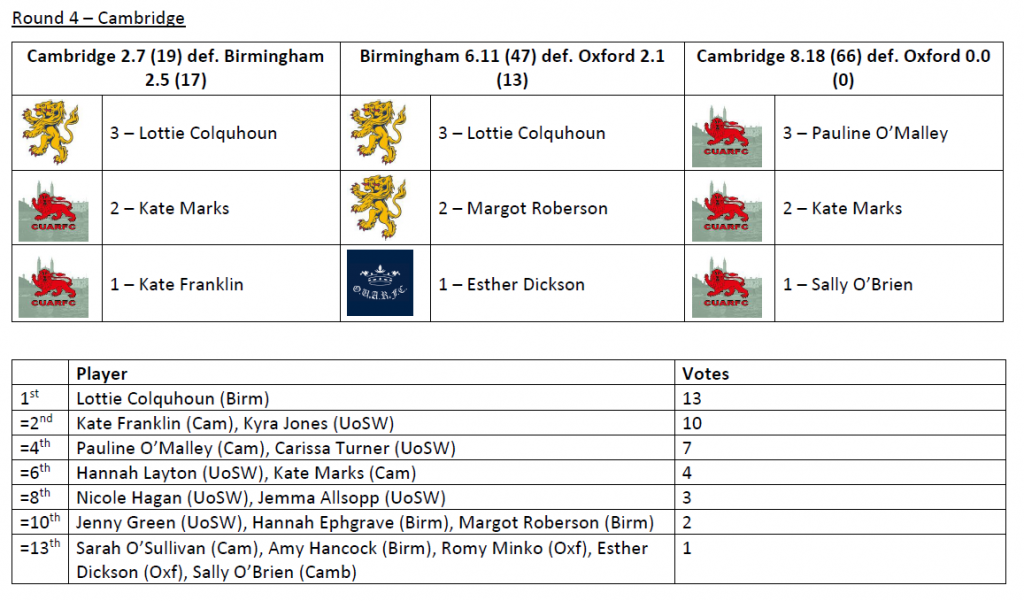