7th November 2018 – To mark the inaugural season of the National University League, which features teams from Oxford, Cambridge and Birmingham University, as well as a combined team from the Universities of South Wales, AFL England is proud to unveil the Tom Wills Medal.

In Australian rules football, the best and fairest is the player adjudged to have had the best performance over a season for a given sporting club or competition.

The medal will be awarded to the player deemed “best and fairest” in the Men’s Division of the National University League during the home-and-away season.

There will also be a best and fairest medal for the Women’s Division. 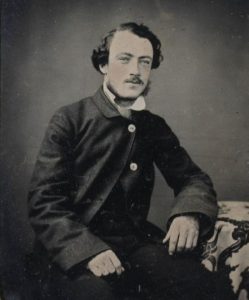 Tom Wills was born on the 19th August 1835 in New South Wales. At the age of 14, he went to England to attend Rugby School, where he excelled in sports, most notably in rugby and cricket.

In an 1851 letter to his father, Wills said: “I know that if I [study] too hard I will become quite ill. We hardly get any play during school time.” The letter was the size of a broadsheet newspaper, the majority of which was devoted to the school’s cricket scores.

Despite not matriculating at Cambridge – against his father’s wishes – he did play for the university’s cricket team, most notably in the 1856 Varsity match against Oxford. He later became a notable amateur cricketer in England.

Wills returned to Australia after his schooling, and on the 10th July 1858, in a letter to a magazine, he advocated for the winter game of football as a way of keeping cricketers fit during the off-season.

Less than a month later, on the 7th August 1858, the first football fixture was played between Melbourne Grammar School and Scotch College. Both the match and Wills himself are immortalised in a statue outside the Melbourne Cricket Ground.

The inscription reads that Wills “did more than any other person – as a footballer and umpire, co-writer of the rules and promoter of the game – to develop Australian Football during its first decade.” 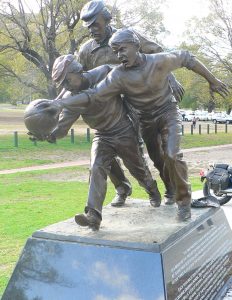