This is the second in our series of previews of the AFL London competitions. Last time we looked at the Men’s Social Division and this time we’ll tackle both the Women’s Premiership and Conference.

The explosion of popularity in women’s football shows no signs of abating, both at home and in Australia, and the footballing community is excited for the kickoff for the 2019 season on 11th May.

Both Divisions see a replay of the Grand Finals, with the Demons taking on the North London Lions on Clapham Common in the Premiership having comprehensively beaten them in the Grand Final 5.3 (33) to 1.5 (11) nine months ago.

This season teams will play each other twice in the Premiership, with the Demons’ return fixture against the Lions on Bounds Green towards the end of June.

This year also sees the introduction of midweek games. Each team has one scheduled, with the West London Wildcats playing two. Last year the Wildcats finished third on the ladder, just missing out on a Grand Final berth.

The five teams will be keen to keep the momentum behind women’s football going well into the new season. 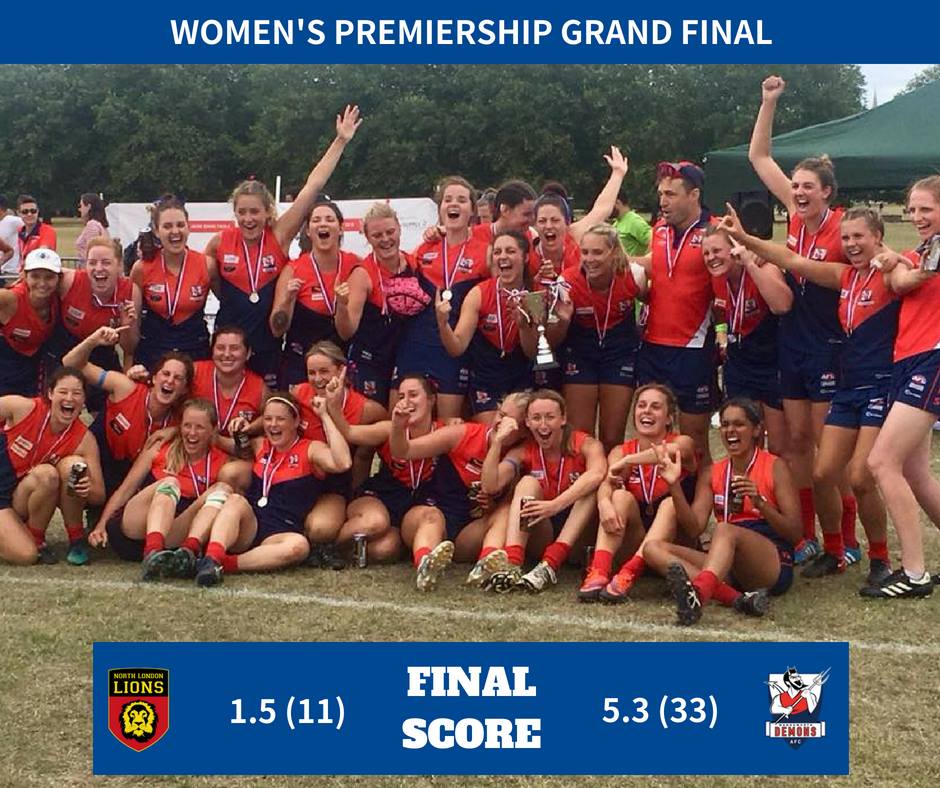 Meanwhile in the Conference it looks like being another close battle between the Clapham Demons and the London Swans.

The two sides met four times last season, with the Demons winning three of them including the Grand Final by the narrowest of margins, winning by a score of 1.3 (9) to 1.2 (8).

And just like in the Premiership, the two Grand Finalists will meet on the opening weekend. The two play again on the penultimate round of fixtures, with each team playing six matches home and away before finals.

The two other clubs, the Putney Magpies and West London Wildcats will be looking to improve on their finishes from last season. 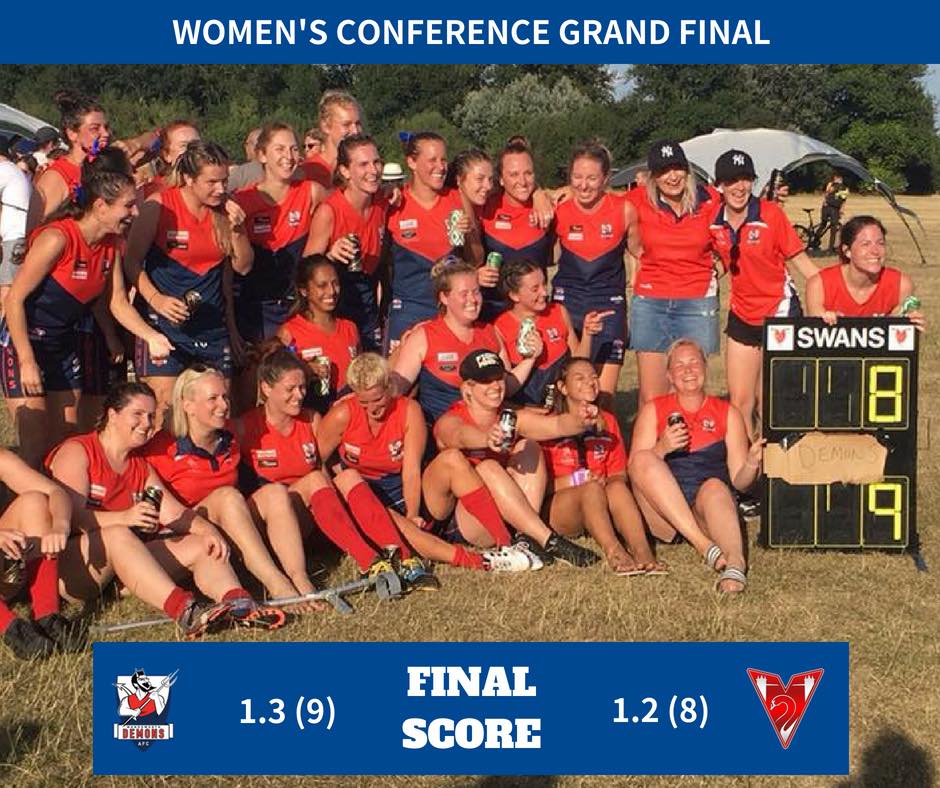