Dolling Plays His Club Football for the Glasgow Sharks

22nd August 2018 – With the Principal Great Britain Bulldog’s friendly against the Netherlands just days away, here we take look at one of the brightest prospects named in the Great Britain Squad by Head Coach Dean Thomas.

Liam Dolling is one of three Scots and 15 debutants in the squad – joined by West Lothian Eagles player Keir Wotherspoon and Glasgow Shark’s Andrew McManus – and Dolling says that he is excited to play his first game for Great Britain after enjoying a standout season for the Glasgow Sharks. 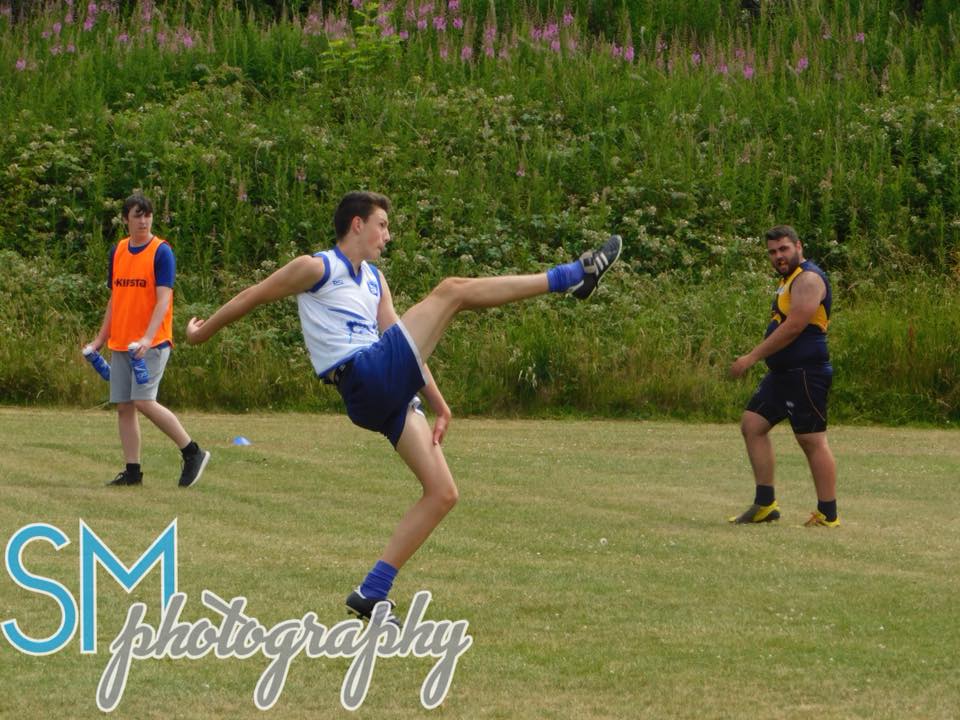 “I’m feeling good about Saturday,” said Dolling. “Going into this season I knew I would be playing most of my time at full forward, so I was aiming to kick as many goals as possible.”

Although Dolling admits he didn’t have a “specific number” he wanted to kick, his staggering tally of 63 goals helped the Sharks make the SARFL Grand Final as minor premiers, where they narrowly lost to the Edinburgh Bloods by less than a single goal.

Dolling, who has also played for the West London Wildcats, was born in London but moved to Melbourne as a baby where he played for his school team for a number of years.

“I never played for a local club,” continued Dolling. “When I was 13 my family moved back to Glasgow, and within a few months of arriving I started playing for the Sharks.”

Dolling will represent Scotland at the Euro Cup in Cork next month but says he has his sights set on potentially representing the Bulldogs at the 2020 International Cup.

Head Coach Dean Thomas was wary of heaping the pressure on Dolling at such an early stage of his international career.

“Liam’s had a super season,” said Thomas. “That being said, the Netherlands game represents a whole new stage in his development as a footballer.

“We know he has plenty of upsides, he’s level-headed and keen to improve, but it’s still early days. We don’t place too much expectation on his shoulders.”