A bigger and better AFL London Men’s Premiership promises to bring an even more competitive and enthralling competition to the capital as ten teams battle it out across the 2019 season.

Last year’s Premiership saw a nail-biting Grand Final between the Demons and Wildcats. Separated at the top of the ladder on percentage, each team’s only defeat at the season came at the hands of the other. 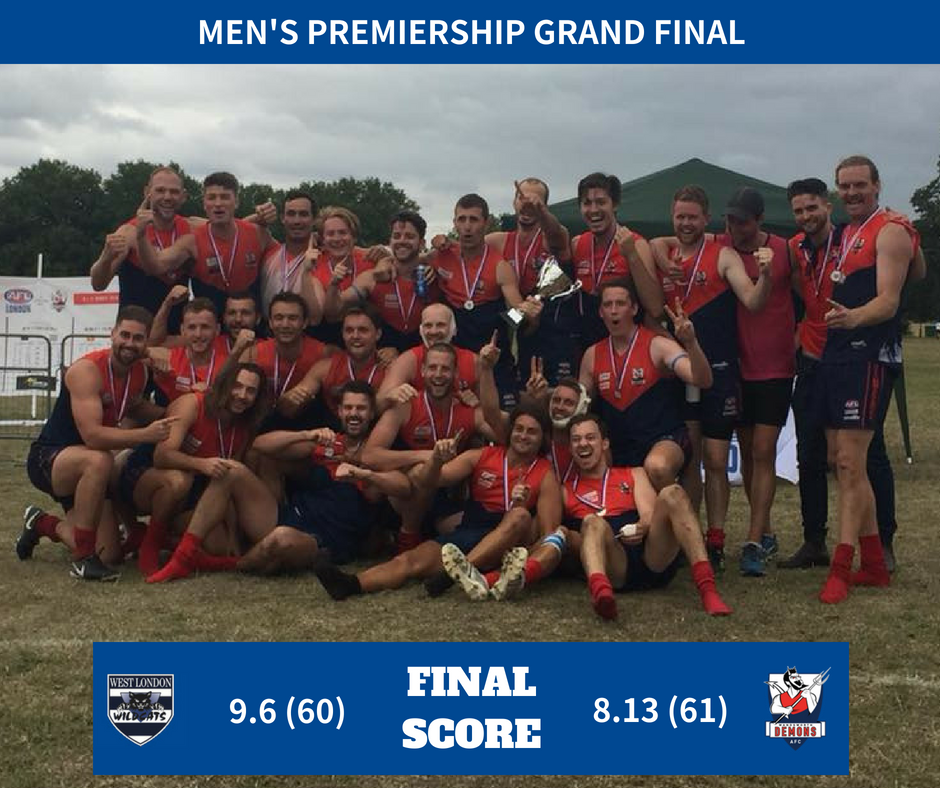 The prospect of the Shepherd’s Bush Raiders facing the Premiership sides for the first time is a tantalising prospect. The 16-time Conference premiers denied the Demons a clean-sweep of AFL London titles last year, defeating the previously undefeated Clapham Demons 7.9 (51) to 4.5 (29) in the big dance.

The Raiders will face the Clapham Demons in a Grand Final rematch in Round 2, while they will meet their Premiership counterparts in Round 6.

There has already been one fixture complete, with the Putney Magpies defeating the South East London Giants. The Pies finished last season with a 5-5 record, 12 points better off than the Giants on 2-8, and they won by a scoreline of 4.6 (30) to 2.3 (15) to get their season off to the best possible start.

Although the three-way tussle for the Premiership Cup should prove as exciting as ever, the Conference Cup has had a layer of intrigue added to it to ensure that there should be exciting match-ups up and down the ladder.